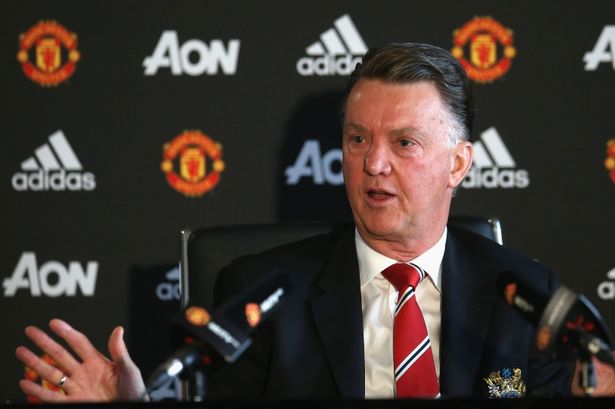 Ahead of this weekend’s crucial Premier League tie with Leicester City, Manchester United manager Louis van Gaal has vowed his team will try its best to prevent the league leaders from clinching the Premier League title at Old Trafford.

He acknowledged that Leicester would still be the deserving champions, but his side won’t hand them an easy point on Sunday, with United remaining solely focused on scripting their own destiny.

“We have to close the gap so the pressure is on us still. We have to win every game that we have to play. City still have to play against Arsenal, though, so one of those shall lose points,” said Van Gaal.

Manchester United are currently fifth in the league with 59 points, five points behind Arsenal with a game in hand, and a top four finish from here on in still looks a possible target.

Speaking of Leicester, Van Gaal said that the Foxes are a well organised side adding it “was never easy to beat his [Claudio Ranieri’s] teams.” For the sake of stats, Sir Alex Ferguson’s Manchester United side defeated Chelsea three times when Ranieri was in charge of Chelsea between 2000 to 2004.

Van Gaal, however, believes that Leicester winning the Premier League title would be a good advert for the league.

United are still in the hunt for a Champions League spot and have a good chance of lifting silverware [FA Cup] at the end of the season. So, the players have plenty of motivation to play for.

He added: “It is [Leicester winning the league] good for the Premier League and the sport of football that not always the same teams are the champion. We are fighting for the qualification of the Champions League and we are still in the FA Cup, so we have to fight for something and we shall do it. Hopefully, we can beat Leicester City.”

Louis van Gaal tells #MUTV there are no new injuries. Schweinsteiger & Shaw are still out, with the defender progressing “very well”. #mufc

Louis van Gaal has confirmed that he has no fresh injury news to report on. German midfielder Bastian Schweinsteiger and England left back Luke Shaw are the only two absentees, with the later progressing very well in recent weeks.

The 20-year-old suffered a double fracture of his right leg in United’s Champions League defeat in September, and hasn’t played since. He returned to training three weeks ago, but has been training separately from the United squad as he is not fit enough for ball work.