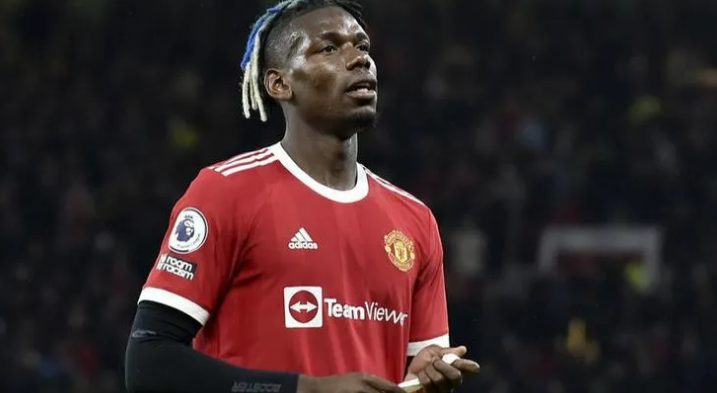 Manchester United are looking to extend Paul Pogba’s stay at Old Trafford and the Premier League giants have reportedly offered him a massive new contract.

The 28-year-old midfielder will be a free agent at the end of this season and it remains to be seen whether the player is prepared to commit his long term future to the club.
According to a report from the Sun, Manchester United have offered the player a new deal in the region of around £500,000 per week.
If Pogba agrees to sign the new contract with Manchester United, he will become the highest-paid player in Premier League history.
The French World Cup winner is thought to be a target for the likes of Real Madrid, Juventus and Paris Saint-Germain. Pogba has endured a difficult time since his return to the Premier League and it wouldn’t be surprising if he decided to leave in search of a new challenge.
The Frenchman has proven himself in Italy with Juventus and a new challenge at Real Madrid or Paris Saint-Germain could be a tempting proposition for him.
The Spanish giants need to freshen up their midfield with the likes of Toni Kroos and Luka Modric in their 30s and Pogba would be a superb acquisition for them. Meanwhile, Paris Saint-Germain need to improve their central midfield in order to compete with the European elite every year.
Someone like Pogba would be a massive upgrade on the likes of Ander Herrera and Gini Wijnaldum.
It remains to be seen how the situation develops over the next few weeks.
Pogba is currently able to negotiate a pre-contract agreement with foreign clubs and his agent Mino Raiola has stated time and again that the player could move on in search of a new challenge.
It will be interesting to see whether Manchester United’s lucrative contract offer can tempt the World Cup winner into signing a new deal at Old Trafford.
Join our Telegram channel to stay up to date on the latest in marketing