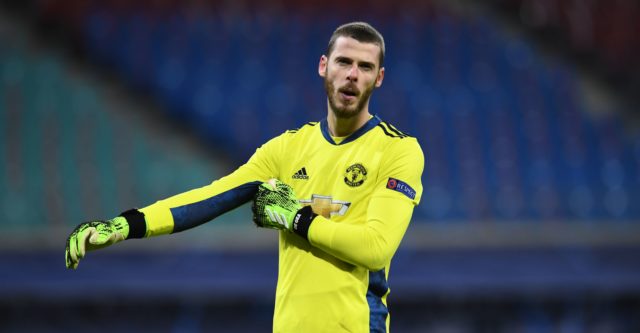 Manchester United goalkeeper David De Gea has revealed that he could be open to signing a new contract with the Premier League giants.

The 31-year-old is nearing the end of his contract at Old Trafford but he feels loved at the Premier League club and he is willing to stay for the long term.

The Spanish international has a contract with Manchester United until the summer of 2023 and it remains to be seen whether the Red Devils can agree on a new deal with him in the coming months.

The 31-year-old has been an exceptional servant for the Premier League club since his move from Atletico Madrid and he has had a very impressive season with Manchester United this year.

De Gea had a mixed campaign last year but the Spaniard seems to have regained his top form and it remains to be seen whether he can guide his side to a top-four finish this year.

The Spaniard is one of the very few players at the club who have performed consistently at a high level and Manchester United will do well to secure his long term future.

The former Atletico Madrid goalkeeper has revealed that Manchester feels like home for him and he is not angling for a move away from Old Trafford anytime soon.

De Gea said to the Independent: “I like the fact I was born in Madrid, but at the end of the day, it’s just a city. Now I feel as if I’m from Manchester; I just feel like anyone else from Manchester. Where you are loved and welcomed is your home.

“I’ve been here for many years and, obviously, anything can happen in life, in the world of football, but honestly I don’t see myself away from Manchester United.”

The 31-year-old’s comments will come as a major boost for the Manchester United fan base as well as the dressing room. The Spaniard is not only an excellent performer for the Red Devils, his experience and leadership skills are invaluable as well.

Meanwhile, a new contract for David de Gea at Old Trafford could spell the end of Dean Henderson’s Manchester United career. The young goalkeeper needs to leave Old Trafford in order to play regular first-team football and it remains to be seen whether he can secure a permanent exit this summer.