Manchester United have agreed a deal which will see Virgin money become the club’s new financial partner in the UK.

The deal was announced on the club’s official website earlier today. The club statement confirmed that the deal will be in effect from the start of the 2016/17 season.

Virgin Money will be the Official Retail Financial Services Partner of Manchester United and both parties have agreed a four year deal. The deal includes products and benefits for Manchester United’s UK based fans and the millions of customers of Virgin money.

Manchester United group managing director Richard Arnold said: “This exciting partnership brings together for the first time two iconic brands; two industry leaders who have a reputation as innovators in their fields. I have every confidence the values we share will make this partnership a great success, above all for our loyal fans who will soon be introduced to a range of products that will bring them even closer to the club they support.”

“We’re going to create some very special products and exclusive offers designed especially for fans, with real rewards that money can’t buy. We’ll be launching those soon and can’t wait to get started.” 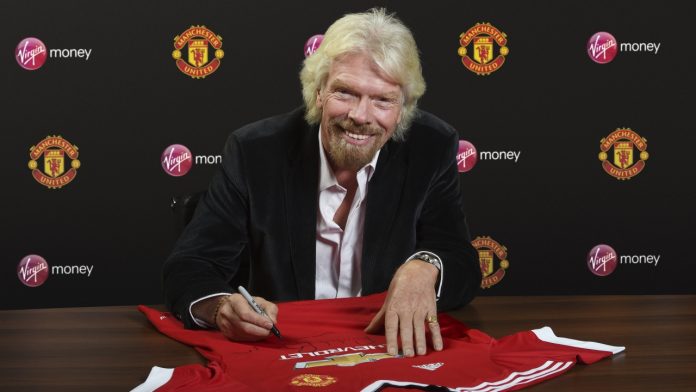 In other news, Barcelona have now entered the race to sign Manchester United target Gabriel Jesus.

The highly talented Brazilian has attracted a lot of interest with his performances for Palmeiras. The 19 year old has a 24 million pounds release clause and the likes of PSG, Bayern Munich are interested as well.

Earlier, the player’s agent claimed that Manchester United are a footballing force and the it would be a dream move for his client. But he did add that there was no concrete offer or contact with anyone at that stage.

Latest reports add that Barcelona are aware of the competition for the young attacker and are looking to sign him. The Spanish champions believe that the player needs some top level experience for two seasons and are exploring ways to provide him with that before he is ready for the Barcelona first team.

Spanish newspaper Sport add that Barcelona have been scouting the player for months and recently Raul Sanllehi went to Brazil to negotiate the player’s transfer to the Camp Nou. Furthermore, the club’s sporting director Robert Fernandez also travelled to Brazil to watch the player in action last week.