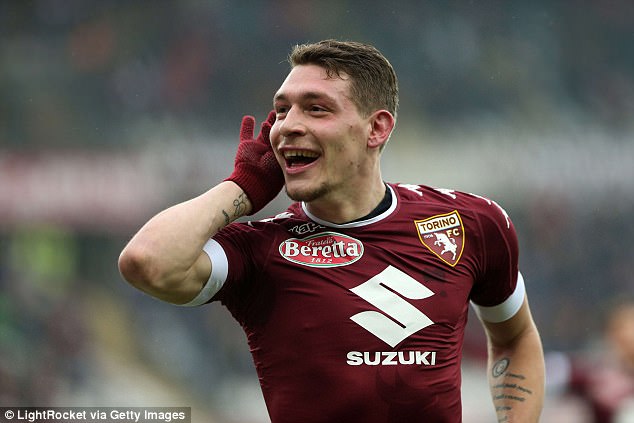 Manchester United manager Jose Mourinho is looking to bolster his side’s attacking options and the Portuguese has identified Andrea Belotti has a summer target.

The 23-year-old Torino striker is in splendid form right now and according to Daily Mail, he is being monitored by Premier League leaders Chelsea as well.

Belotti has scored 25 goals in Serie A this season and the Italian is keen on playing for a Champions League club next season. The report adds that Torino are aware of the striker’s desire and will demand a premium if they are forced to sell.

The Italian signed a new deal with Torino last year and is contracted to the Serie A outfit until 2021. The striker’s current deal has a £85m release clause.

Despite his obvious talent and world class potential, it is quite evident that he is not worth that kind of money yet. However, Manchester United are still prepared to pay a substantial amount for his services.

As per the report from Daily Mail, the Old Trafford outfit have made it clear (through intermediaries) that they are ready to pay £64m for the Torino star this summer.