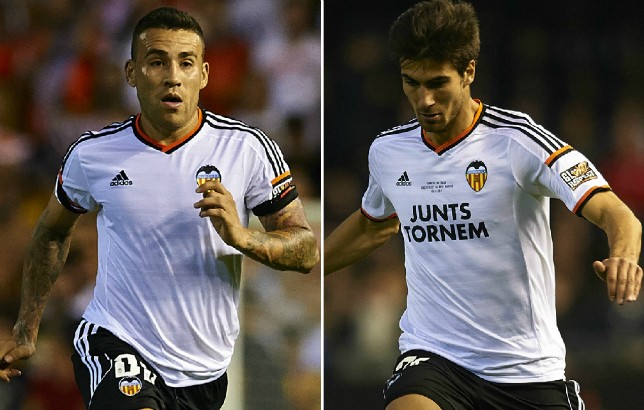 According to reports from the People’s Person who have cited Spanish Media Outlet Deporte Valenciano, Manchester United are considering a double transfer move for Valencia duo Nicolas Otamendi and Andre Gomes.

Earlier in the January Transfer window, renowned Spanish journalist Guillem Balague had reported that the Old Trafford side had a €35m bid for Nikolas Otamendi rejected by Valencia in the past few days.

A couple of transfer stories: MUFC made a €35m offer for Otamendi that has been rejected. More on @revistadelaliga 6pm today

The report also states that Valencia are not interested to sell their prized asset and have put a €50m release clause on the player. The Argentine defender also has no intention of leaving the Mestalla side.

United are also interested to make a move for 21-year-old midfielder Andre Gomes. The Portuguese is considered to be one of the brightest young talents in Europe and can play anywhere in central midfielder either as an anchor or as a defensive midfielder.

Valencia however are reluctant to sell and the player has a transfer price of €15m according to Transfermarkt . Moreover with Singaporean based businessman Peter Lim taking over of Los Che means that the Spanish side have the financial muscle now and don’t have to sell before they buy. Thus even if United want the duo, the negotiations would be far from straightforward.