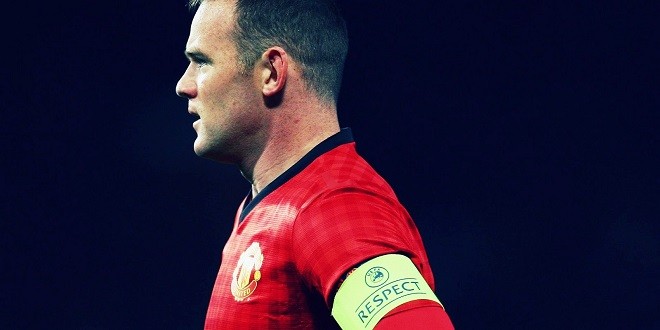 Sir Alex Ferguson has hinted Wayne Rooney has a big future at Manchester United. The 71 year old manager has suggested the striker is hitting his peak at the age of 27-years-old, making suggestions United could sell him bizarre.

Ferguson has suggested the experience of Rooney will be key in helping nurture the younger players at the club, as United focus on bringing in players to strengthen the side ahead of next season. Ferguson told Inside Review:

“Hopefully the players we bring into the club in the next year or so will be of the quality we need.

“You have to look at the structure of the club at present, in terms of the number of first-team players we have at 23 or under.”

Suggestions that he is down the pecking order at United are ridiculous and if the team confirmed as signing Robert Lewandowski of Borussia Dortmund turns out to be United, Rooney’s status as a striker at the club will not change.

There have been plenty of rumours floating around that Manchester United were ready to axe Rooney this summer, with PSG ready to make a multi-million pound deal for the England front man.

These rumours seem to have been prompted by talk of huge deals United have apparently been going after involving the likes of Radamel Falcao from Atletico Madrid and James Rodriguez of FC Porto.

If Manchester United wanted to sign either, they would have to come up with fees of at least the £40 million mark, which may have meant Rooney making way instead of staying and possibly signing a new contract with the club. Ferguson added:

“We’ve been doing a bit of work on that over the last three or four months, targeting who the players are that we feel could enhance us, make us better or help us maintain the level we’re at.”