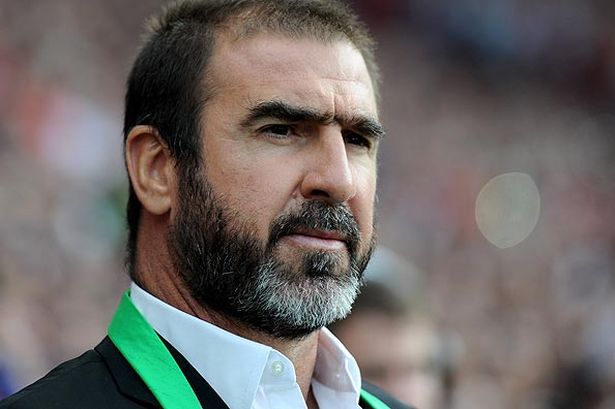 Manchester United legend Eric Cantona has criticised Jose Mourinho for his defensive tactics while insisting that the Portuguese coach’s approach is ‘not the identity’ of the club.

The eccentric Frenchman was instrumental in United’s dominance over the Premier League under Sir Alex Ferguson. Cantona, despite bring critical of Mourinho, maintained that the former Chelsea boss ‘is a winner who will continue to win’.

“He is playing in this defensive way, which is not the identity of Manchester United,” he told BBC Radio Four’s Today programme.

When asked if he would prefer Manchester City boss Pep Guardiola over Mourinho, Cantona replied: “Manchester United, it’s like Barcelona.

“I love Mourinho. I like his charisma, he is very clever, he takes all the pressure on him. I said before he joined Manchester United, I love the man. And I love Guardiola too.

“Both are great, but I prefer attacking football, when it’s more creative. It’s the way I tried to play all my career.”

Guardiola’s highflying City side are eight points clear at the top of the Premier League table. City are on an unbeaten run of 19 games in all competitions, winning 17 and scoring an impressive 54 goals. In contrast, United have lost four of their 20 games since the start of the campaign while scoring 11 fewer goals than their neighbours.

“United are my club,” Cantona added. “They are my blood more than my club, but if I watch a game today I prefer more creative games.

“Like Barcelona or the Real Madrid of [Zinedine] Zidane, where you have players like [Luka] Modric or [Toni] Kroos who are the brains of the team.”

United return to action this weekend against Brighton at Old Trafford following their 1-0 defeat at the hands of FC Basel in the UEFA Champions League.