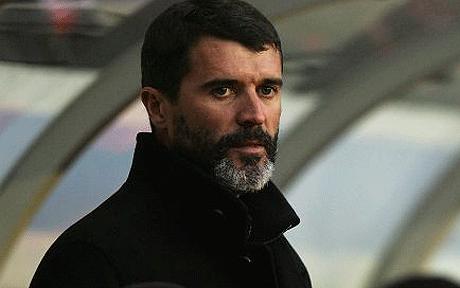 Roy Keane has pulled out of his ITV punditry commitments for the World Cup at the eleventh hour, to focus on his coaching career, and it looks like the move was to take up a role as assistant to Paul Lambert at Premier League strugglers Aston Villa.

The move may seem unexpected for a man of his stature to line up in the shadows of Lambert, a manager who for many has severely failed to deliver at Villa, but it may well be a move with a shrewd ulterior motive.

The Midlands club currently has a For Sale sign sitting in their front yard and it is strongly believed that if a new owner comes in, they will relieve the Scotsman of his post, which would leave Keane as a very possible successor. The fact that he backed out of World Cup duties backs up this line of thinking too, allowing him to get a foot in the door with the club’s back room before any deal transpires.

Aston Villa have languished in the bottom half of the table almost exclusively since Keane’s Republic of Ireland cohort, Martin O’Neill, walked out on them in August 2010 but they remain a team steeped in history. Much of that history is too old for even our granddads to remember, but they still rank as the 5th team in the all-time top-flight table and look set to remain there for some time as they have 700 points on Chelsea. Even if you bring that comparison more up to date, they still rank 7th in the all-time Premier League table, sitting just one point behind Everton after last season.

As one of only 7 ever-present teams since the Premier League’s inception in 1992, despite teetering on the brink for a while now, Keane will see the team as someone with potential to climb back into the top half with the right investment and changes.

Does Keane’s move mean there is a potential buyer on the horizon for the 140-year-old club?