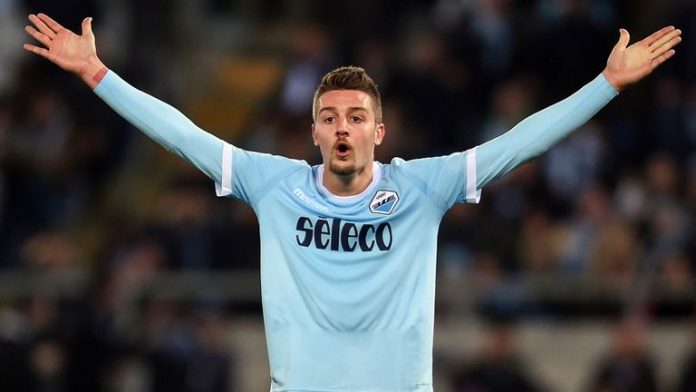 The 23-year-old has been linked with Real Madrid and Paris Saint-Germain, but (Corriere dello Sport) has claimed United want the €150 million rated star.

Red Devils’ boss Jose Mourinho is looking to sign a long-term replacement for Michael Carrick this summer and Milinkovic-Savic’s performances in Serie A have attracted interest from across Europe.

Lazio president Claudio Lotito has already revealed that he has turned down a €70m offer for the Serbia international and it is understood he values the midfielder at more than double that amount.

Milinkovic-Savic made his senior debut in Serbia in 2013. He joined Belgian club Genk on a five-year deal the following summer.

He scored five goals in 24 appearances for the club before agreeing a move to Lazio in 2015.

The midfielder received his first call-up to the senior squad in 2015 for Serbia’s European Championship qualifiers against Albania and Portugal, but he didn’t make his debut until a friendly match against China last October.