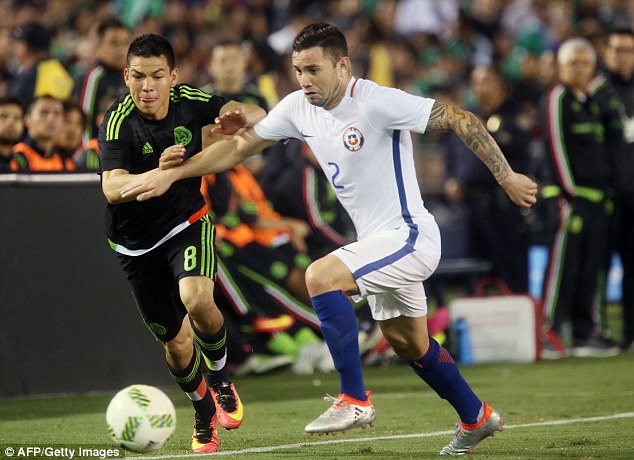 Lozano is 20 year old, but has a lot of experience for someone his age. The Mexican has already played over 100 games for his club and has also represented his country on the international stage.

Manchester United have been monitoring his progress over the last few months and the Pachuca vice-President Andres Fassi confirmed that they have already received an approach from Jose Mourinho’s side.

He said: “There have been approaches [from United]. There will be time to focus on the future of Hirving Lozano.”

“[Over] several years [we have] a structure of great relationship with many teams of England, in Portugal in Spain, in France, in Italy and in Germany.”

“There are some agreements that allow the player to go to Europe in the future.”

Manchester United chief scout, Jim Lawlor checked out the young winger personally, earlier this year. Fassi also confirmed that there is an agreement that will allow Lozano to sign for a European club. But there was no mention of an agreement with Manchester United or any other club for that matter.

It appears that the Mexican outfit are ready to let go of Lozano should a suitable offer come in. Their President Jesus Martinez also confirmed earlier this year that they would happily sell the player to Manchester United in future.

“We would love it if he had to go that it would be to a team like Manchester United or Porto,” Martinez said.