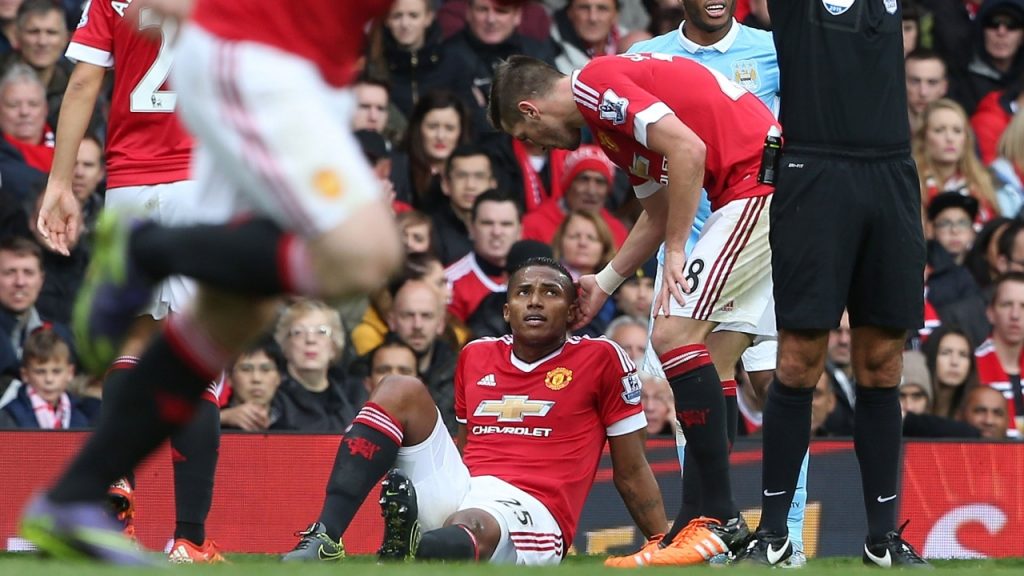 The Ecuadorian international started the match as a right-back position, ahead of first choice player Matteo Darmian. He picked up the injury the first half and was required medical attention for the same.

After getting the treatment, he resumed his duties and was impressive in the full-back role. However, Valencia could not continue after the 81st minute and was forced to leave the field with a foot injury.

“He had a kick on his foot in the first half and then I let Darmian warm up on the touchline. But then he played further. However, at the end, he could not continue,” Van Gaal told MUTV.

He is likely to miss United’s Capital One Cup fourth round clash against Middlesbrough at Old Trafford. Valencia now joins Luke Shaw and Paddy McNair in the list of injured defenders.

Ashley Young was another player, who missed Sunday’s goalless draw against their local rivals. It should be seen whether the England international could be involved in the league cup clash.

Summer signing Memphis Depay was an unused substitute in the derby clash against City after he has seen a dip in his form. The Dutchman could feature when United face Middlesbrough during the midweek.

After two draws in two competitions, Van Gaal will be looking to bounce back with a victory in order to progress to the next round of the Capital One Cup.