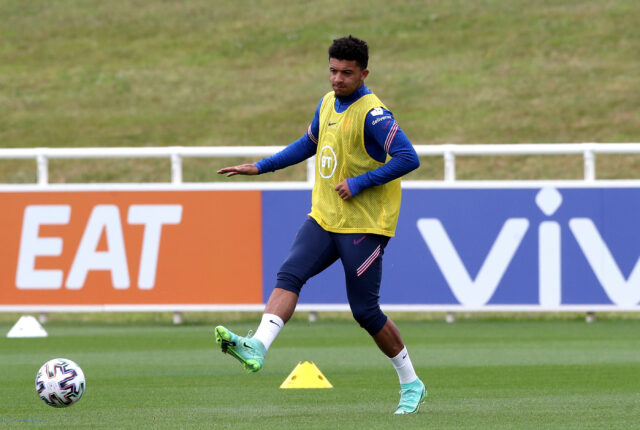 Manchester United have reportedly agreed an €85 million (£73m) fee with Borussia Dortmund for Jadon Sancho, according to BBC Sport.

The England international has been a long-term target for United, and it seems they will finally land him this summer.

Last summer, United made several attempts to sign him, but they couldn’t meet the player’s valuation. This time, both the clubs have finally found some common ground.

According to Italian journalist Fabrizio Romano, Manchester City will receive around €13m as part of the deal.

Jadon Sancho… here we go. Manchester United and BVB have prepared official paperworks tonight – to be signed in the next few hours. 🔴 #MUFC #Sancho

Manchester City will receive around €13m as part of the deal.

The Athletic’s David Ornstein has claimed that the 21-year-old has been given the green light to finalise personal terms and undergo a medical before completing his move to Old Trafford.

🚨 Manchester United and Borussia Dortmund have total agreement for the transfer of Jadon Sancho to Old Trafford in an €85m deal. 21yo winger has green light to finalise personal terms and undergo a medical before completing move @TheAthleticUK #MUFC #BVB https://t.co/7H8rT5QJax

Sancho is a top-quality winger who has been outstanding for Dortmund in the past few seasons.

The England winger is expected to sign a five-year contract until 2026, with the option of a sixth. The fee is payable over five equal instalments.

This is how some United fans reacted on Twitter after the news broke out. Many feel that he is one of the bargains of the summer window.

Bargain of the summer

With or with out add ons who cares?! Add on are kind of €5m. We got him after long chasing period! This price a bargain for a player like him on his age. He’s a talented and he will totally boost up our attacking side. Now let’s get a CB and CM.

Sancho will become the second-most expensive English player of all time behind Harry Maguire. United signed Maguire from Leicester City in 2019 for £80m.