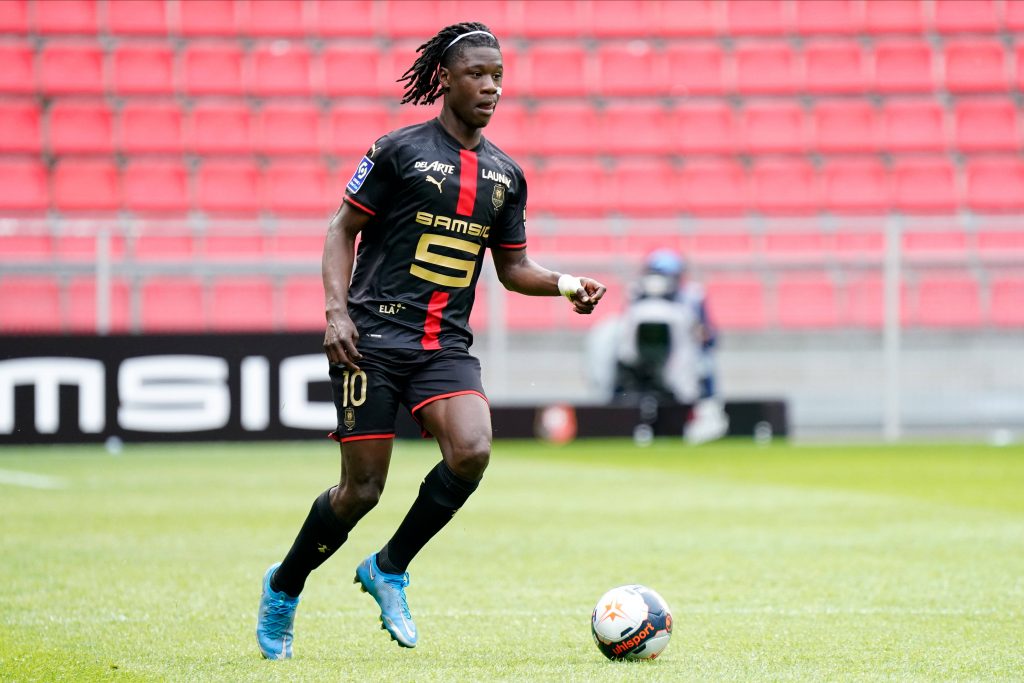 The Red Devils are searching for a new midfielder, and it was recently claimed that the club had joined the race for the France international.

The club have now made formal contact with Rennes, and they will hold negotiations with the player’s entourage next week to convince him.

Camavinga, who has just one year left on his contract, is eager to join Paris Saint-Germain, but United are optimistic about luring him to the club.

Camavinga is regarded as one of France’s best young midfielders, and he is reportedly a priority target for Premier League rivals Arsenal.

The Red Devils appear to have made the first move for the teenager, but they face stiff competition from Mauricio Pochettino’s side.

Camavinga has the preference to stay in Ligue 1 with Les Parisiens, where he could win regular silverware and play Champions League football.

A move to new surroundings may not appeal to him. It remains to be seen whether United’s hierarchy can convince the midfielder via his representatives.

The 18-year-old shifted from a defensive midfield role to a central position last term. His displays were not consistent compared to his breakout season in 2019/20.

He still averaged nearly three tackles per league game, and his potential has caught the eye of several European clubs, including Spanish giants Real Madrid.

Los Blancos were heavily linked with the midfielder last summer. Their interest appears to have cooled with their focus on landing Kylian Mbappe.

Camavinga will want the assurance of regular game time wherever he joins. He is valued at €55 million by Transfermarkt. It appears a fair price despite his contract situation.