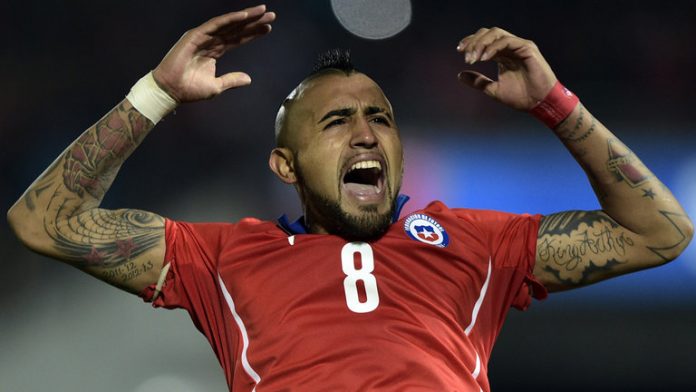 Manchester United have been linked with a big-money move for Bayern Munich midfielder Arturo Vidal.

The 30-year-old had been repeatedly linked with a move away from the Allianz Arena over the past few months, with the likes of United and Chelsea leading the race for his services.

Vidal started his career with Colo-Colo, Chile’s most successful club, before joining Bayer Leverkusen in 2007.

He moved to Juventus in 2011, helping the club win four successive Serie A titles.

Vidal has made over 90 appearances for Chile, playing a crucial role in their Copa America successes in 2015 and 2016.

United manager Jose Mourinho is eager to reshape his midfield as he bids to build a side capable of mounting a serious challenge for the Premier League title.

Gareth Bale and Sergej Milinkovic-Savic are amongst the midfielders being linked with the club, but Mourinho has been a long-standing admirer of Vidal.

Michael Carrick’s retirement at the end of the season leaves a hole in United’s squad, while there are still doubts about the futures of Maraoune Fellaini and Paul Pogba at Old Trafford.