Paul Pogba’s transfer to Manchester United has been the story of the summer and according to latest reports, the move is finally close to completing.

Spanish newspaper AS are reporting (via Sportwitness) that the player is all set to join Manchester United and the transfer could be announced this week by Wednesday or Thursday at the latest.

The Old Trafford outfit are set to thrash out a world record fee and a mega money contract for their former academy star.

AS are claiming that Real Madrid are unlikely to make a late move for the player this summer. Apparently it is their manager Zinedine Zidane who wants to sign Paul Pogba, but club President Florentino Perez isn’t too impressed with the Juventus midfielder. 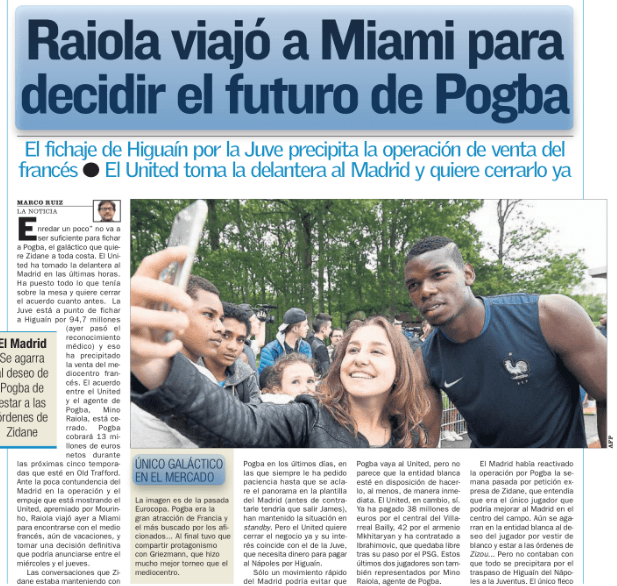 Furthermore, Perez and Mino Raiola (Pogba’s agent) do not get on well and therefore a transfer would be very complicated.

This will come as a major boost to Jose Mourinho, who is looking to strengthen his midfield options before the season starts.

The Red Devils need to add to their central midfield if they want to challenge for the title. Their weaknesses were evident during their heavy defeat against Borussia Dortmund earlier in a pre-season game.

Pogba would be a major upgrade on the likes of Carrick, Schweinsteiger, Fellaini, Herrera and Schneiderlin. The Frenchman would be Mourinho’s fourth major signing since joining the Old Trafford outfit.