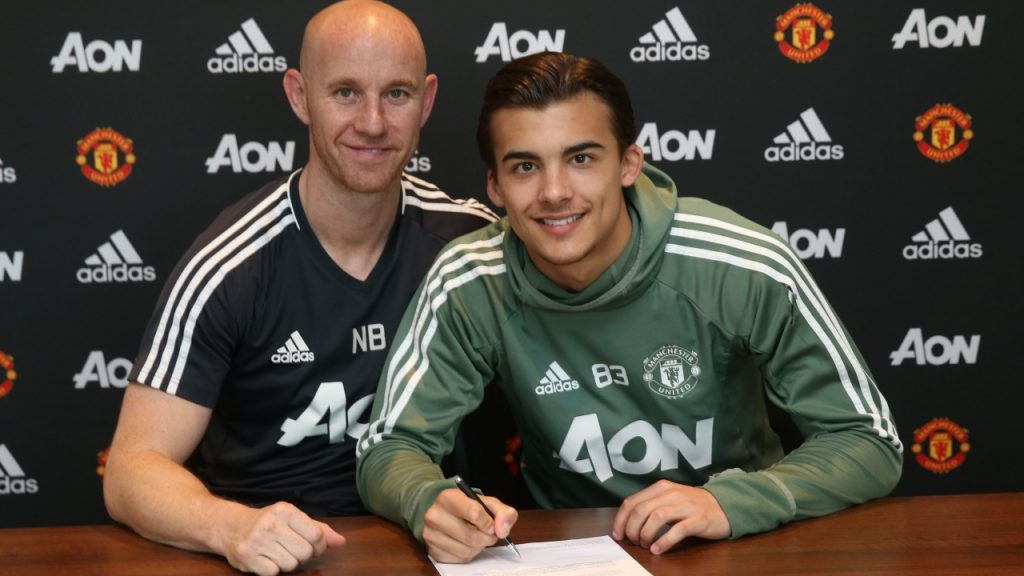 Manchester United have confirmed Liverpool-born defensive midfielder Tom Sang has extended his contract. The 18-year-old had a difficult journey to become a United player but has seen his hard work rewarded with a new deal.

Sang had a 12-week trial at United’s AON training complex, regularly getting the train down to Manchester as a young teenager just to train and get in shape at the gym. He worked with a specialist fitness coach who physically and mentally prepared him for the demands of a professional footballer.

Injuries threatened to ruin his young career, however, and he was treated cautiously early on. The midfielder made a total of nine appearances in the u18 Premier League in 2016/17 and has featured six times for the u23s in the Premier League 2 this season.

Sang is regarded as a holding midfielder who provides protection in front of the defence and is composed in possession to pick out a pass. He could certainly take tips from academy graduate Scott McTominay who has successfully transitioned from youth football to the first-team.

Michael Carrick will be a first-team coach next season and will be the perfect mentor given he won five Premier League titles, three League Cups, one FA Cup and one Champions League operating in a similar role as Sang.