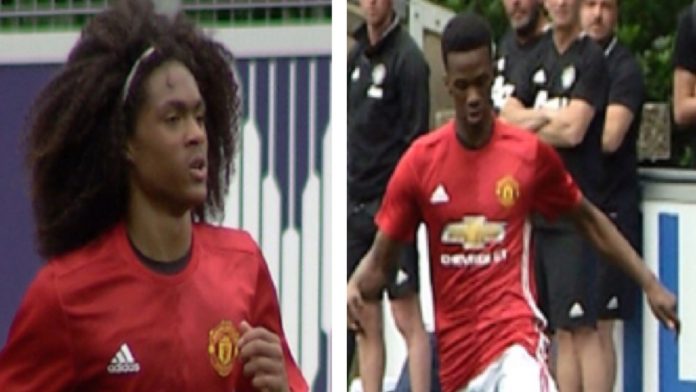 Manchester United have confirmed they have added two youngsters – Tahith Chong and Joshua Bohui – to their academy squad for the upcoming 2016-17 season.

Chong, the teenage left-winger, came up through the youth ranks at Feyenoord and is seen as one of the brightest emerging prospects in Netherlands. The Red Devils were long been chasing for his signature, while the Dutchman confirmed the Premier League club’s interest earlier in January.

Bohui, the England Under-17 international, has moved to Old Trafford from Brentford, after enjoying a fruitful campaign last season for the Bees’ youth side. The duo will join the Red Devils’ Under-18 side where they continue their development under head coach Tommy Martin.

A statement on United’s official website read, “Manchester United have added to the list of eight new first-year scholars in the club’s Academy with two confirmed signings processed in time for the season opener against Derby County on Saturday.”

“Tahith Chong has completed his move from Feyenoord with the exciting left-winger winning the individual trophy for best attacking player at the Otten Cup last weekend.

“Another new face is forward Joshua Bohui after the England Under-17 international sealed his switch from Brentford and was also part of the squad that finished runners-up in the Eindhoven tournament.”

Both Chong and Bohui will be hoping to make the best use of their time at the academy and climb up the way into the United senior team in the coming years.