After the signing of Juan Mata for a club record fee, David Moyes has been vocal in stating that Manchester United are trying their utmost to add more quality to the Old Trafford squad.

A report in Portugal today indicates that Porto midfielder Fernando may well be next in Moyes’ gaze, with the Premier League champions eager to bring the Brazilian to England before the transfer window closes.

Reputable Portuguese newspaper A Bola have claimed that United will make an offer for the 26-year-old, who continues to impress for the Estadio do Dragao outfit.

An offer in the region of €8 million is being touted for the midfielder, leaving Porto with a choice to make. Fernando’s contract expires this summer, and United are believed to want to ensure they win the race for the player’s signature by offering the Portuguese champions a fee. 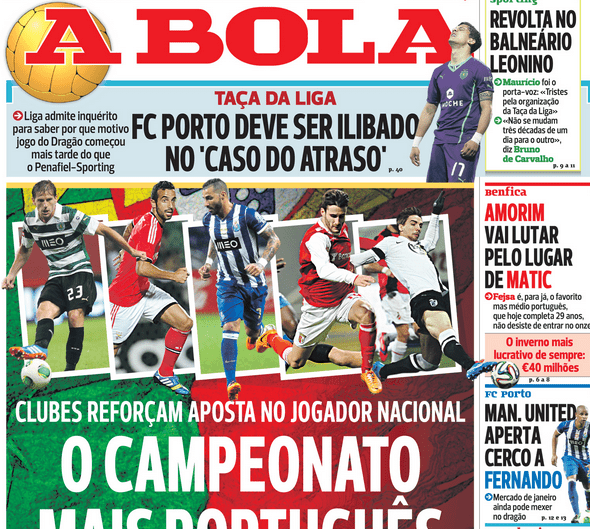 Fernando has reportedly caught the attention of a number of leading sides across Europe, with Liverpool believed to also be interested in the naturalised Portuguese citizen.

Brendan Rodgers’ men have been linked with the enforcer for some time, and at €8 million the player certainly provides a bargain.

For United, the signature of Fernando would be another sign that Moyes is eager to nullify the shortcomings that have been apparent in his team at times this season.

Fernando is a no-nonsense defensive midfielder that patrols the space in front of Porto’s back four, and has all the physical attributes to fit in at Old Trafford.  His signature would certainly be a boost given that Michael Carrick has picked up another injury, and would give Moyes another player in the centre of midfield after Anderson’s departure to Fiorentina.

Although whether or not there is any credence in the claims is yet to be confirmed or denied, the Porto star certainly fits the bill over the type of player that can drag United back into the top-four race.