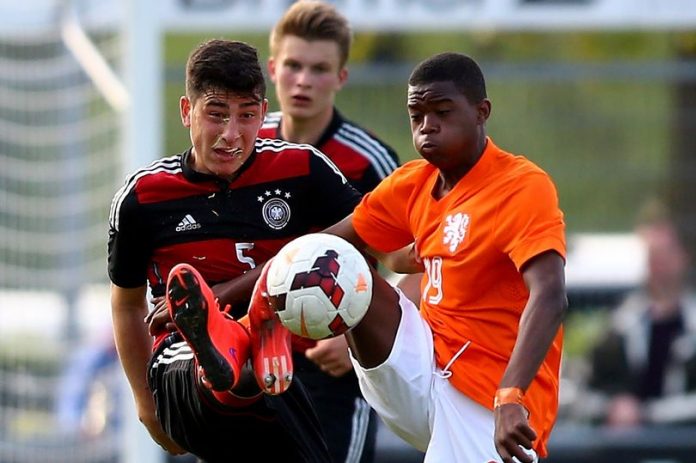 Manchester United have been working hard to improve the quality of youth players in their academy and have already signed some very promising youngsters, like Tahith Chong.

The Red Devils are now closing in on another Dutch “wonder kid” from Ajax. Daishawn Redan has been attracting a lot of interest with his explosive performances at the youth level, and Daily Mirror are reporting that Manchester United are close to signing the the 15-year-old striker.

Redan has been prolific for Ajax at the academy level and is already a key member of the Holland Under-17s. Although Ajax want to keep him at the club, the report states that Redan has already decided to leave the Dutch outfit and will sign for Manchester United.

Since the arrival of Henry de Regt, the Premier League giants have been scouting a lot of Dutch players. De Regt was signed by Louis van Gaal as a scout.

Manchester United have been thoroughly impressed by one of their Dutch talents, Timothy Fosu-Mensah, who was signed from Ajax, as well, in 2014. The young defender has been amazing when given a chance and has already racked up 17 first-team appearances for the Red Devils.

Mourinho will be hoping that Redan can follow in Fosu-Mensah’s footsteps at Old Trafford.