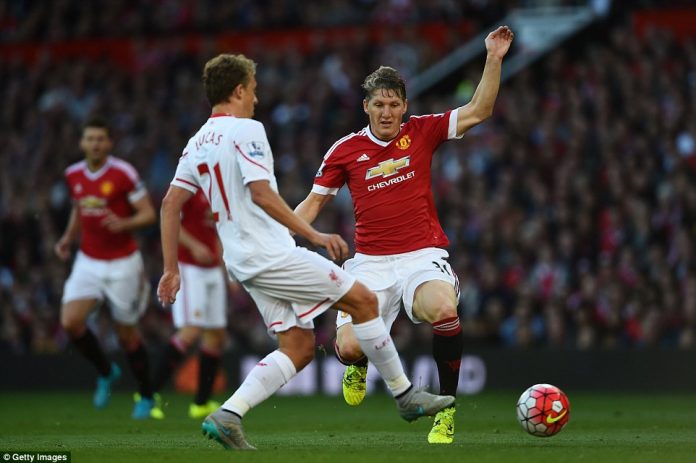 Manchester United have dropped a huge hint regarding the future of German midfielder Bastian Schweinsteiger.

The Old Trafford outfit released their team photograph yesterday and Schweinsteiger was not a part of the squad. Furthermore, Daily Mail have confirmed that the German’s locker at Carrington has been cleared out and he will continue to train all by himself.

Although there are no official statements regarding the player’s Manchester United career, it is safe to assume that he won’t feature under Josè Mourinho under any circumstances.

Schweinsteiger had previously claimed that he will not play for another English club and therefore a move to China or MLS could be on the cards. There is no explanation why Mourinho has chosen to treat the German this way, but it is clear that he will need to leave the club if he wants to play football again.

Mail are also reporting that the 32-year-old has a contract at Old Trafford until the summer of 2018, but United are willing to let him leave on a free transfer. The Premier League giants are looking to get his £130,000 a week wages off their books.

Manchester United signed him for a fee of £6.7 million at the start of last season.

Recently the MLS chief, Don Garber, revealed that they will welcome the Manchester United midfielder with open arms.

He is quoted saying:

Schweinsteiger is an old acquaintance for the United States, for example through the 2014 World Cup, when he played against the US team. He also played against the MLS All-Stars with Bayern in 2014. We would welcome Bastian with open arms. He would be a leader for our many young players.

To sum it up, it seems quite obvious that Schweinsteiger will be forced to complete a move away from Manchester United soon. Whether it is in January or during the summer, remains to be seen.