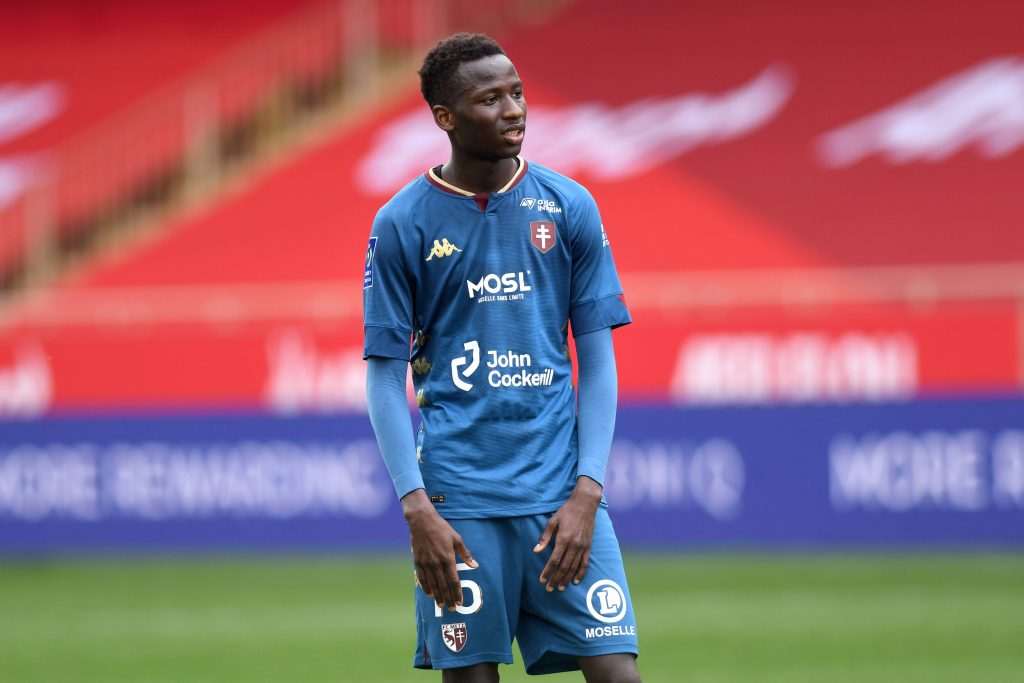 The 18-year-old only made his competitive debut last summer, and he has registered four goals from 27 outings in all competitions.

His progress has caught the eye of several European clubs. It is claimed that United and Chelsea could battle it out for his services.

Sarr, who is also being monitored by Manchester City, has the ability to play anywhere in midfield but has excelled from the holding role.

Metz value him at around £28 million. It is claimed that United and Blues will attempt to sign him with the assurance of loaning him back.

There have been several young players from United and Chelsea that have established themselves in the first-team squad in recent years.

The duo are always after quality young talent, and Sarr appears on their radar after having an impressive breakout season last term.

The teenager won an average of two tackles and one interception in 22 league outings.

Sarr is better off staying at Metz to gain more first-team experience as he is unlikely to become a regular with the Premier League giants.

Hence, a buy-to-loan deal appears ideal for his development. Metz would be tempted by the proposal as they need more financial stability.

Sarr is already a full international with Senegal, having made his debut during the African Cup of Nations qualification earlier in the year.