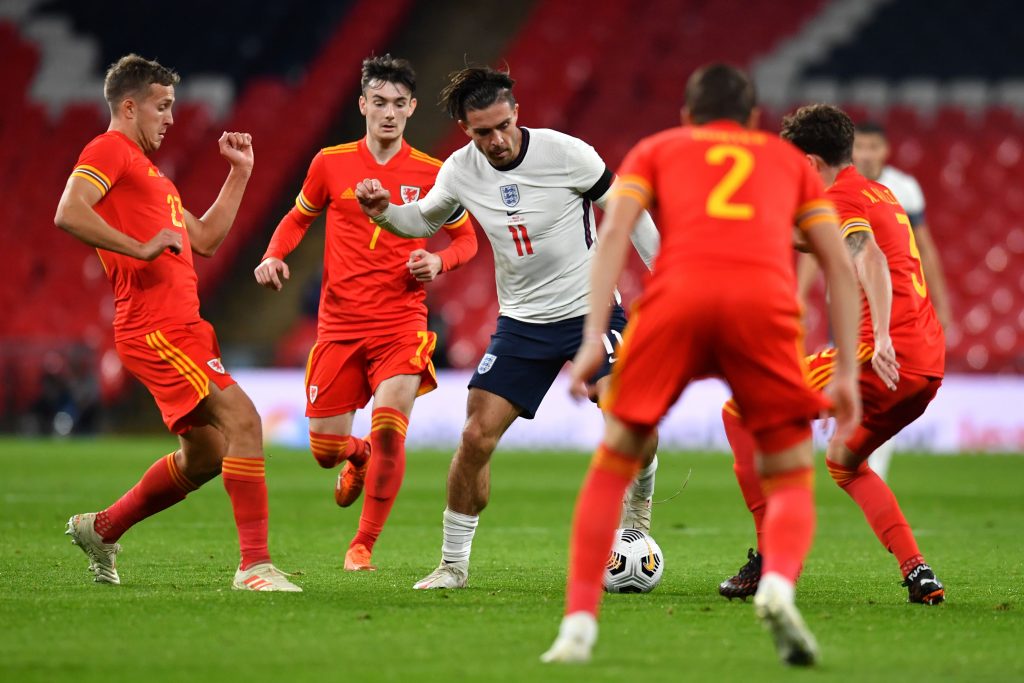 Manchester City star Kevin De Bruyne is a fan of Aston Villa skipper Jack Grealish, and he has showered praises on the England international.

The Villa midfielder ran the show in the Three Lions friendly against Wales last week, and the 25-year-old showed exactly why he deserves to be a mainstay in Gareth Southgate’s plans.

Grealish’s performance against the Welsh didn’t come as a surprise to those who saw him score twice and assist thrice in the 7-2 demolition of Liverpool last weekend, and De Bruyne believes he is the answer to England’s lack of creativity in the middle of the park.

“I rate him very highly. He’s somebody I mentioned before, talking to the teammates at City, in a random conversation. In England they talked about creative problems in midfield, but he brings that to a team. He deserves a shot.” #avfc #mcfc pic.twitter.com/V82QVwA8xN

Grealish didn’t feature in yesterday’s Nations League victory over Belgium, but he definitely has given Southgate a selection headache going forward.

The Villa star will now look to lead his side to an impressive finish in the Premier League this term after dragging them to safety last season.

He only made the Three Lions squad in September after the withdrawals of Marcus Rashford and Harry Winks due to injuries, but he definitely deserves to be more than a plan B, and De Bruyne can clearly see it.

Grealish will hope to return to the Three Lions’ XI for the Nations League clash with Denmark on Wednesday.

Villa will resume top-flight action with a trip to Leicester City on Sunday, and the midfielder will be keen to prove himself against one of the best teams in the land.