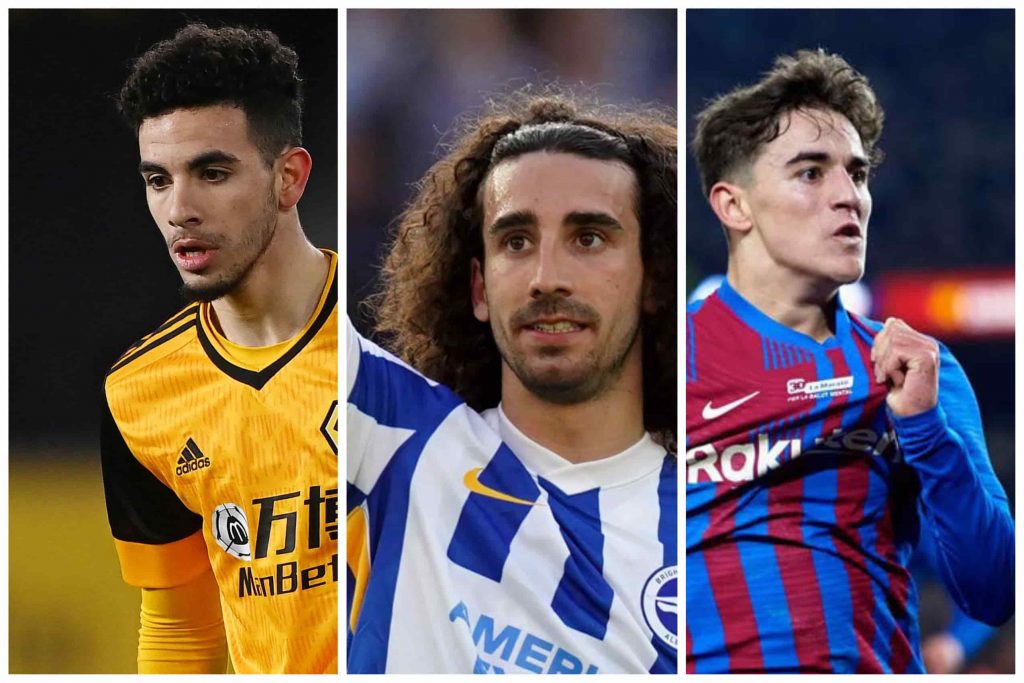 After pipping Liverpool to the league title last year, Manchester City have already begun bolstering their squad ready for next season, with three confirmed signings already.

While you would be hard pushed to find any weak points in Manchester City’s football, they have been linked with a whole host of names this window.

The Cityzens are seemingly shopping for further depth at left-back – with Fernandinho exiting the club after nine years, and Oleksandr Zinchenko heavily linked with a move away, it could leave Pep Guardiola with very few options other than Joao Cancelo.

In this article we will be taking a look at the most heavily linked names, as well as some players who have quietly crept into the frame as Manchester City look to improve their already bloated squad.

This rumour has gained serious traction over the past few weeks, with Pep Guardiola seemingly keen on bringing compatriot Marc Cucurella in from Brighton.

Since making the switch from Getafe last season, the 23-year-old has earned wide acclaim from fans and pundits alike which saw him awarded with Brighton’s Player of the Year Award. 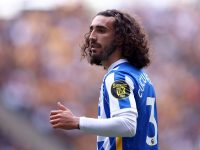 Now with proven Premier League experience, his speed, versatility and undoubted technical ability is everything a Manchester City full-back needs to possess. It will take a substantial bid to pry him away from the south coast – the Spaniard joined in a deal worth £15m last summer so he still has four years left on his contract, meaning a fee of £45m or more has been rumoured to be the required amount.

Next on the list we have another left-back in the shape of Wolves’ talented young Frenchman Rayan Ait-Nouri.

The 21-year-old struggled to impose himself when he joined on loan from Angers, but after Wolves made the deal permanent last summer for £9m, he quickly became new manager Bruno Lage’s first choice left-back ahead of Marcal.

With one goal and four assists in 23 appearances, he has emerged as a target for both Chelsea and Manchester City, although Wolves have been quick to ward of potential suitors by slapping a £45m price tag on him. Nonetheless, City are said to be seriously considering making a move for Air-Nouri, who’s explosive style of play has been likened to Joao Cancelo.

While this one seems increasingly unlikely as Barcelona step up talks of a new contract, Pep Guardiola is said to be a huge admirer of the 17-year-old.

Already a mainstay in Luis Enrique’s Spain set-up, Gavi is undoubtedly destined for a long, fruitful career. Very few players emerge with the talent he possesses at such a young age, and anyone who manages to pry him away from the Camp Nou would have to pay a monumental fee for his services.

Joan Laporta, the Barcelona President, is said to be preparing a £1bn buyout clause in a bid to well and truly quell any rumours surrounding his future.

We round off our list with the latest rumour doing the rounds, and that is in relation to Arsenal’s Kieran Tierney.

Again, this seems an unlikely scenario, but the lure of Manchester City and Champions League football may tempt the Scotsman. Tierney, 25, only joined Arsenal in 2019 and has since cemented his place as a firm favourite amongst the Arsenal faithful.

His aggressive, high-octane pressing game along with direct over-lapping runs and dangerous crossing ability makes him an obvious target for teams such as Manchester City, but we can’t see this rumour materialising any time soon – besides, he may well be named Arsenal’s next captain ahead of the new season.