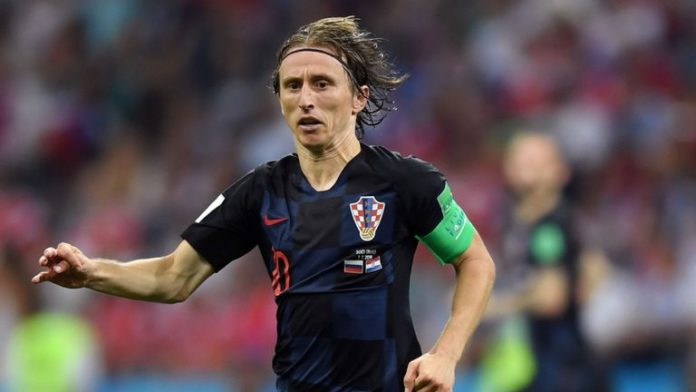 Premier League champions Manchester City have been linked with a move for the Croatian international midfielder Luka Modrić.

The 36-year-old is reportedly unhappy with the contract renewal offered by Real Madrid and the Premier League giants could look to swoop in and secure his services.

Modric has been one of the best players in the world over the last few seasons and he has helped Real Madrid win countless trophies domestically and in Europe.

Manchester City have not been able to win the Champions League despite their efforts since the takeover and they could certainly use an experienced player like Modric who has won the competition multiple times throughout his career.

Apart from his experience, the Croatian midfielder is an exceptional footballer who will certainly improve Manchester City in the middle of the park. Despite the fact that the Real Madrid midfielder is 36 years old, he has the fitness and the quality to succeed in the premier league if he returns in the summer.

Modric has played in the premier league before with Tottenham Hotspur and he should be able to settle in quickly and make an immediate impact at the Etihad stadium.

According to a report via Daily Mail, Modric believes that club president Florentino Perez underestimates his importance to the side and therefore the Spanish giants have offered him a short extension. Apparently, the midfielder is looking for a two-year contract extension and he could look to move on if Real Madrid do not accept his demands.

It will be interesting to see if Real Madrid are willing to accept his demands and keep him at the club beyond his current contract. Manchester City certainly have the finances to tempt the midfielder into returning to the Premier League at the end of this season.