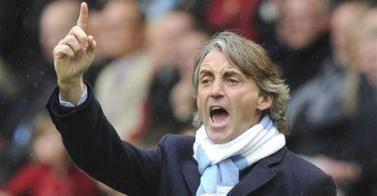 Roberto Mancini was vocal in the need for Manchester City to strengthen their squad in the aftermath of his side’s 2-2 draw with Liverpool on Sunday, but the Premier League champions will not get any of their targets for cheap. A new defensive midfielder or central defender, or both, seem to be on the Italian coach’s wishlist, with Athletic Bilbao’s Javi Martinez and Benfica’s Javi Garcia on the radar. However, the Etihad Stadium side will need to stump up, with Mancini’s men at the mercy of the Iberian sides.

Spain international Martinez is one of the most sought-after players in European football, with Bayern Munich and Barcelona known admirers of the versatile Basque star. Mancini has seemingly identified the San Mames man as a player to kill two birds with one stone, as Martinez can play comfortably in both the centre of defence and midfield. However, Bilbao are understandably reluctant to part with one of their most important players and president Josu Urrutia has confessed that Martinez, or Fernando Llorente, will not be sold for less than their buyout clauses.

“I’ve always said that in order for a player to move there are two conditions: that they do not interest Athletic or the release clause is met. Neither of these conditions have been met,” the Spanish chief stated.

“It is not in our hands – we have done everything in our hands. They (Martinez and Llorente) are Athletic players and we look forward to counting on them.” 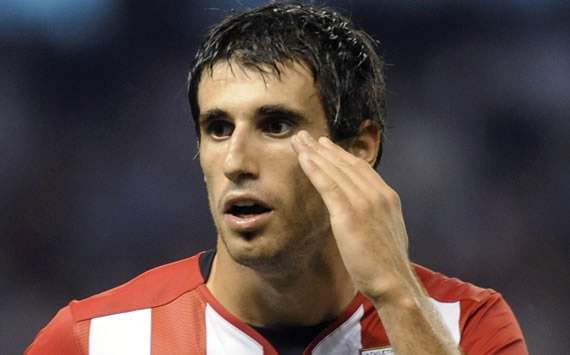 With City keen to comply with Fifa Fair Play regulations, the fact that Martinez’s buyout clause is a reported £31.7million will not help their efforts.

A cost-effective alternative to Martinez, or another of Mancini’s targets Daniele De Rossi, is reportedly Benfica’s Javi Garcia. Although predominantly used as a midfield barrier for the Estadio da Luz outfit, the 25-year-old is no stranger to playing in defence and has shone for the Portuguese side since leaving Real Madrid in 2009. However Jorge Jesus’ men are not in the mood to be bullied by City either, with president Luis Filipe Vieira insisting that the player’s release clause must be met.

“Javi only leaves for this figure. It is non-negotiable,” he confessed.

Garcia’s release clause is said to be £24 million.

A power struggle between coach and the board seems to be ensuing at the Etihad Stadium, with Mancini keen to splurge on more superstars but the side’s executives wary of overspending their budget and failing to comply with Fifa’s stipulations. It remains to be seen whether the Italian coach will need to make-do with what he has or will be given one more blank cheque to bring a new superstar to the club.