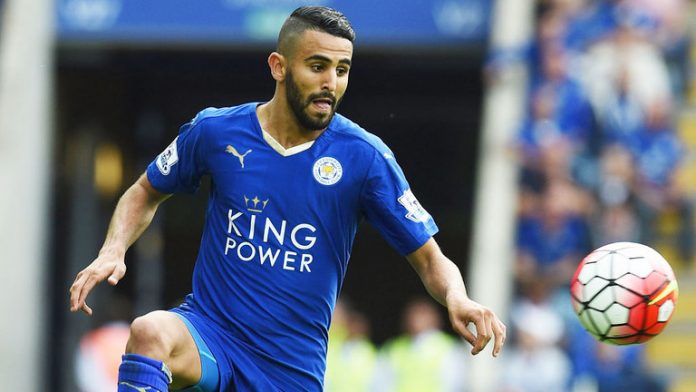 German winger Leroy Sane has been ruled out for a few weeks due to an injury and it seems that Pep Guardiola is keen on signing a replacement now.

Sane has been in sensational form for the league leaders and his absence will affect City. Mahrez could prove to be a very good alternative in the short term.

According to reports, City have already had two bids rejected for the Algerian today and the second offer is thought to be in excess of £50m.

Mahrez is one of the best wingers in the Premier League and he was key to Leicester’s title win back in 2015.

20+ – Riyad Mahrez (31 goals, 21 assists) is one of only three players to have scored 20+ goals and assisted 20+ more in the Premier League since August 2015, alongside Dele Alli & Christian Eriksen. Admired. pic.twitter.com/ihLxKp4lkG

As per the reports, Mahrez is keen on a move to Manchester City and he has already submitted a transfer request. The player wanted to leave the Foxes in the summer as well but his suitors failed to meet Leicester’s asking price.

It will be interesting to see whether Manchester City manage to agree on a deal now. The Etihad outfit have just signed Aymeric Laporte for £57m.