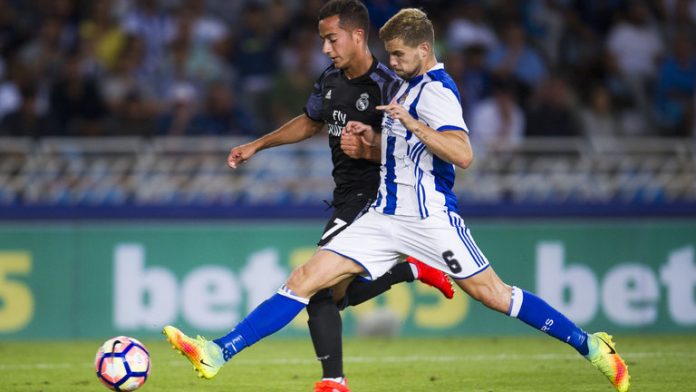 Manchester City are set to step up their efforts to sign defender Inigo Martinez.

According to Sport, City are keen on bolstering their backline by adding the Real Sociedad star to their squad.

The centre-back is one of the most highly-rated players in Spain and was close to joining Barcelona last summer.

Real Sociedad have made it clear they will not sell for less than the £28.5 million buy-out clause in Martinez’s contract.

The 26-year-old has spent his entire career with Sociedad and made his senior international debut in 2013.

City have struggled with injuries to defenders this season, with the likes of Vincent Kompany, John Stones and Benjamin Mendy all spending time on the sidelines.

The Premier League leaders have reportedly spoken to Samuel Umtiti, but are not confident the French defender has any desire to leave Barcelona.

They were also linked with Virgil van Dijk, although his £75 million fee may have been a contributory factor in City looking elsewhere.

West Brom’s Jonny Evans is said to be another option, but Martinez appears to be Pep Guardiola’s number one target.