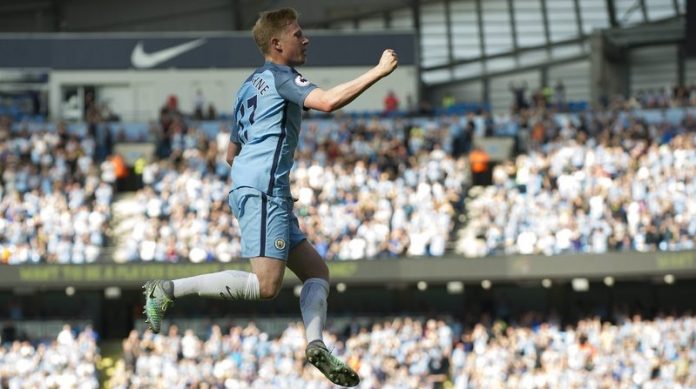 Manchester City midfielder Kevin De Bruyne has opened up during his time at Chelsea under Jose Mourinho.

The Belgian midfielder started just two Premier League games under the current Manchester United manager before being sent out on loan to Werder Bremen. Back then, Mourinho publicly criticised the likes of Lukaku and De Bruyne for the lack of work rate.

Speaking to the media this week, De Bruyne rubbished Mourinho’s claims and stated that he had no such problems during his time at Chelsea and the Belgian also hinted that Mourinho’s accusations were nothing more than lies. The Manchester City midfielder has also revealed that he wanted the training sessions to be made public so that others could see the truth.

It is true that he said that in the press, yes. That I wasn’t doing what was needed in training. It was easy to say that because there was no-one to check it – the training sessions were closed to the public. But everyone knows I am not like that. I never let anyone put me down. I say what I have to say, with respect of course. But at that moment, I couldn’t do anything because he would have said I was lying and afterwards he would have used it. Did I ask for training to be done in public? I said it, yes, but not to him personally.

Since leaving Chelsea, De Bruyne has developed into a world-class playmaker. Following a remarkable season with Wolfsburg, Manchester City splashed £55m to bring him back to the Premier League in 2015. So far there hasn’t been any signs of De Bruyne not working hard in the training or during the matches. The Belgian has been a key player for Guardiola, whose style of football demands pressing and defensive contributions.