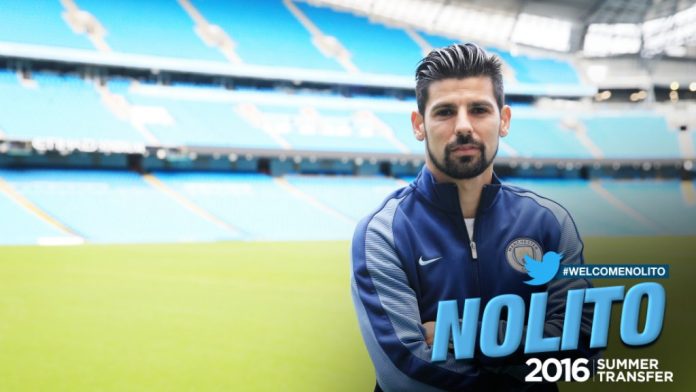 Manchester City have announced that they have completed a deal to sign the Spanish international Nolito from Celta Vigo.

The La Liga star was linked with a move to Barcelona, but the Catalan giants failed to make their move in time.

Nolito has already worked under Guardiola at Barcelona, although most of his football was played in the B side.

The Spaniard has signed 4 year deal with the Premier League giants.

Manchester City have announced that their new signing will wear the number 9 shirt next season.

Nolito revealed that he is looking forward to working with a world class manager like Pep Guardiola next season and promised that he would carry out his manager’s instructions to the best of his ability.

He said: “I’ll try to bring as much as I possibly can. I’ll do everything that the manager asks of me, try my absolute best and do everything I can to try to repeat the form I’ve shown throughout my career at various clubs.”

“It’s just about trying to play my normal game and let’s hope that I can help Manchester City to win games.”

“I think that Pep Guardiola is one of the best managers in the world. He knows a lot about the game and he’s going to help me progress as a player and I’m sure he’ll get the best out of me.”

Guardiola has been linked with the likes of Stones and Aubameyang this summer. The former Barcelona manager is expected to strengthen his defence now.