Manchester City go into this mega tie against Real Madrid knowing that only a win is enough to keep their European dreams alive. Madrid know that a win could put them top of Group D and would be enough to guarantee their place in the next round of the competition.

Manchester City will feel as though they have hugely underperformed in Europe this season with two draws and two defeats so far. The draws both came at home against Ajax and Borussia Dortmund in matches City could have won.

However, they go into this game fresh off the back of a 5-0 thumping of Aston Villa over the weekend which will give everyone connected with the club some confidence that they can still pull off a route into the knock out stage of the Champions League.

In the Premier League this season no other team has scored more goals at home than Manchester City.They have found the back of the net on 18 occasions in the league while conceding only five. If you think City will hold Madrid at bay for the 90 minutes then you can get 11/2 from William Hill* on City being the only team to score.

Manchester City are still missing Micah Richards who is expected to be out of action until the start of December. Richards was stretchered off during the Premier League game against Swansea City but the club have confirmed his knee problem is not as bad as first feared.

Midfielder Jack Rodwell is also missing after the hamstring injury he picked up while playing for the England Under-21 side against Serbia, he is expected to be back in training possibly over the weekend or at the start of next week. City have no suspensions ahead of this match.

Real Madrid have lost only one match so far in the tournament which was against Borussia Dortmund. They have scored more goals than any other side but have conceded seven. They produced a very good performance over the weekend to secure a 5-1 win in the league over Athletic Bilbao.

They will take great confidence from having already beaten Manchester City in the tournament this season although they will be looking for a tighter and more assured performance than the 3-2 win in that opening group game.

Key defender Marcelo will not play any part in the match as he continues his recovery from a broken metatarsal injury. The club have confirmed that the defender will be out of action until at least the middle of January. Striker Gonzalo Higuain is closer to a return to the first team but will miss this match with ongoing muscular problems.

Jose Mourinho has revealed he expects the striker to be back in training by the end of January with a return targeted for the start of December. Michael Essien may also miss out as he did not take part in training with a slight knock ahead of the match. There are no suspensions for Real Madrid to worry about. 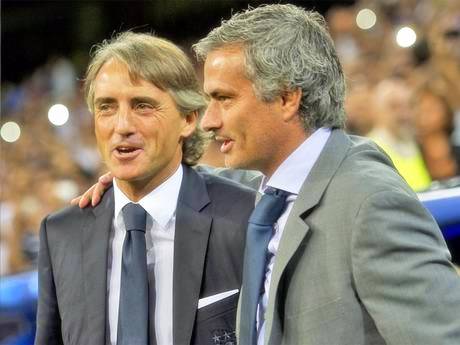 Manchester City have played four games in the Champions League this season with two wins and two defeats, they have scored six goals but conceded nine which has left them bottom of the group. Domestically they are the only side unbeaten in the Premier League with six wins and one draw from their home matches.

Real Madrid are currently second in the group on seven points following two wins, one draw and one defeat. They have scored ten Champions League goals so far which is the current joint highest tally. Their away form in La Liga has been up and down with three wins, one draw and a defeat.

Head 2 Head: These sides have only ever met on one occasion which was in the Champions League group game in Madrid which ended 3-2 in favour of the home side.

Recent Form: Manchester City’s recent form has been very good as they are yet to lose a match in November with two draws at West Ham United and at home against Ajax and wins over Tottenham and Aston Villa. They lost just one match in October away at Ajax with a draw against Borussia Dortmund and wins over Sunderland, West Brom and Swansea City in the Premier League.

Real Madrid are in similar form through November with their home match against Borussia Dortmund the only game they haven’t won, the tie ended in a draw. The side also won all but two of their matches throughout October with a defeat away at Dortmund and a draw away at Barcelona.

Manchester City are bound to want a fast start. William Hill* is offering 8/5 that the first goal of the match will be scored by either side between the first and the 15th minute. If City flood forward then they will leave themselves exposed to the counter attack.

Manchester City will be pumped up for the match due to their performance over the weekend but expect Real Madrid to just edge the match as they have great tactical knowledge and experience.

With the outcome of the game far from certain, there are plenty of good bets to be made on the game. With a free bet offer, great prices and 100s of betting options available (including in-play betting), William Hill are an ideal choice for betting on Manchester City v Real Madrid (and other Champions League games).

Check out the latest betting odds for Man City v Madrid on William Hill* and don’t forget to check on their priority prices and in-play betting options closer to game time.

* Terms & Conditions apply – see on site for details. All offers are correct at time of publishing but can be subject to change.