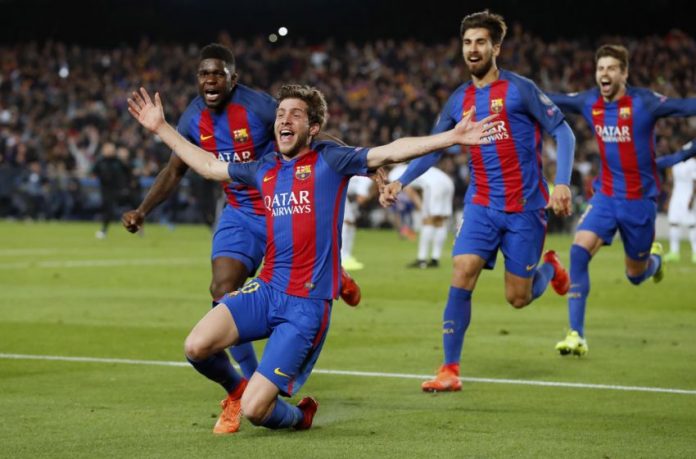 Pep Guardiola is looking to add to his squad in January and the former Barcelona manager has identified Sergi Roberto as a target.

According to latest reports, the Spanish midfielder is a target for the Etihad outfit and they are prepared to pay his release clause when the transfer window reopens next year.

Roberto has developed into a key player for Barcelona over the last year and the Catalan giants will not want to lose him now. The departure of Neymar in the summer has already weakened the Spanish giants this season.

The 25-year-old has a £35.7million release clause and in today’s market, that is a reasonable price to pay for a player of Roberto’s calibre. Guardiola handed him his debut at Camp Nou and it will be interesting to see whether he is keen on a reunion now.

The Spaniard can play as a fullback as well as a central midfielder and he could be crucial for City during injury problems.

Barcelona will have to agree on a new contract with him if they want to increase the release clause.

The La Liga giants must act swiftly now and tie the player down to a new deal with a massive release clause. They simply cannot risk losing another talented footballer this season.