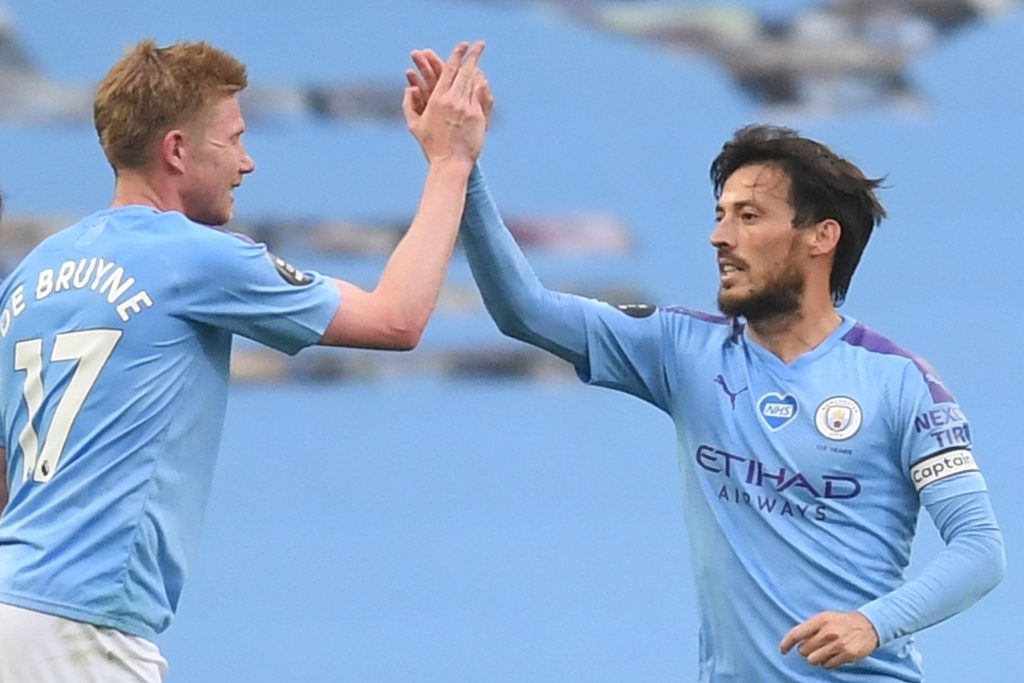 David Silva played his last game for Manchester City on Saturday night, and the midfielder will feel gutted after missing out on the chance to win the Champions League with the Etihad Stadium outfit.

The Spaniard joined City from Valencia in the summer of 2010, and he ended up making over 430 appearances across all competitions, scoring 77 goals and assisting 140 others.

Silva helped the side to four Premier League titles, three F.A Cups and four League Cups, and to say that he will be hugely missed will be an understatement.

City star Kevin De Bruyne is sad to see the legendary midfielder leave, and he has reacted thus on Twitter:

Sad to see this man leave the club after an incredible 10 years. It was an honour to play with and wish you all the best in the future my friend ⁦@21LVA⁩ pic.twitter.com/DijzzZlhFW

Manager Pep Guardiola will hope that Phil Foden can step up and play an important role going forward following Silva’s departure, and it will be interesting to see how the English youngster fares.

Chairman Khaldoon Al Mubarak has revealed plans for a tribute statue to @21LVA to be installed outside the Etihad, while a training pitch with bespoke mosaic will also be dedicated to El Mago at the City Football Academy.

Man City are planning to honour Silva with a statue which will be unveiled at the Etihad Stadium next year, and he definitely deserves it and much more.

He will also have a training pitch named after him with a mosaic alongside it at the club’s City Football Academy complex.