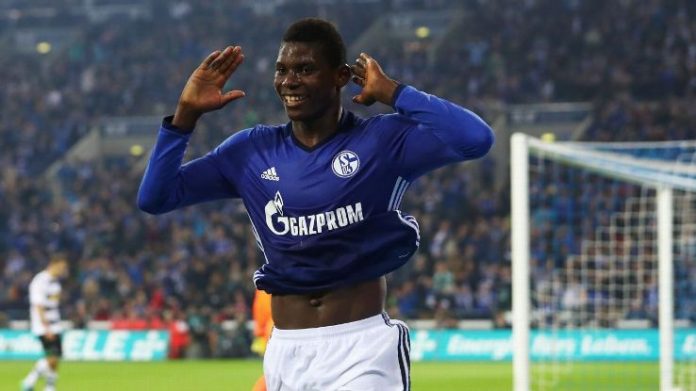 The Swiss international rose to prominence with FC Basel with whom he won three consecutive Swiss Super League titles. His dynamic play in the attacking third garnered the attention of a host of clubs around Europe, including the likes of Manchester United and Arsenal. But Bundesliga club Schalke won his signature in 2016 and signed him on a five year contract for a reported fee of €20 million plus add-ons.

Unfortunately for the youngster, a savage foul on his ankle fractured his bone and ruptured his ligaments in October that year. But despite his rotten luck with injuries, Embolo has managed to impress City boss Pep Guardiola with his performances for Schalke. As per reports from the Daily Mail, City are now one of the many clubs vying for his signature.

The Blue Mancunians have been nothing short of stellar in the 2017/18 campaign. Guardiola’s side are still unbeaten in the league after 11 games, winning 10, drawing one and scoring 38 goals in the process. They currently lead second placed United by eight points.