Manchester United made it six straight Premier League wins yesterday with another impressive performance, which was enough to claim local bragging rights in the derby against Manchester City.

The Old Trafford hosts came back from a goal down to assert their dominance in the clash, with a comprehensive 4-2 victory playing a considerable role in Louis van Gaal’s hopes of finishing above the current Premier League champions this season.

Manuel Pellegrini’s future as Etihad Stadium chief must now be under threat, with his team capitulating in 2015 and lucky that Liverpool and Tottenham have gone off the boil recently – or their top four place might be at risk also.

Here are three key observations from the clash of these Manchester rivals.

Conscious of the resurgence of their opponents, City fielded a side that was designed to inhibit United’s strengths and capitalise on potential weaknesses.

James Milner was fielded in the number ten role to crowd out United’s influential deep-lying playmaker Michael Carrick and prevent the hosts from building attacks from deep. 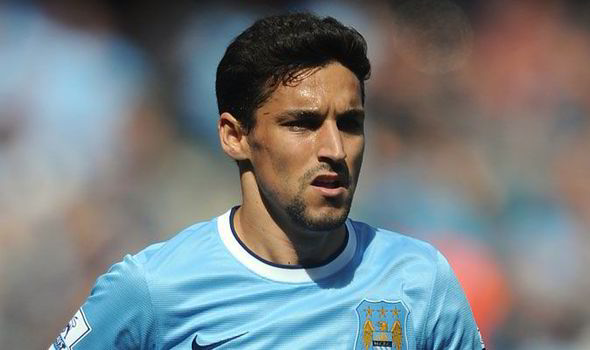 Meanwhile, Jesus Navas was preferred to Samir Nasri on the right to try and take advantage of Daley Blind’s lack of pace.

City took the early initiative and the lead due to these tactics working, with United struggling to get to grips with their opponents’ neat interchanges.

However, credit to Van Gaal’s men, they rallied and nullified City’s ploy.

United took advantage, got back on track and showed the better football for the remaining 70 minutes of the game.

Results have been the most important thing for the Red Devils of late due to the desperate need for a top-four finish and a return to Champions League football.

Most of the Old Trafford faithful will be willing to sacrifice a free-flowing brand of football to achieve these objectives, with United’s performances in recent weeks not exactly showing the penetration and panache of yesteryear.

However, despite the three points still be the priority and a work-rate that has typified improved showings being present again against City, the home crowd were treated to a spectacle also.

United not only outmuscled City but they outplayed the English champions, who are used to dominating their opponents with possession of the ball.

Van Gaal’s charges showcased the better football on this occasion however, with the link-up play of Wayne Rooney, Maroaune Fellaini and Spanish pair Herrera and Juan Mata captivating the crowd in prolonged periods.

Although City have spent an unspeakable amount of money over the years on international-quality stars, the presence of leaders Vincent Kompany and Yaya Toure has been the difference in tight encounters in the past.

However, these two high-profile mainstays of the Etihad Stadium outfit’s recent successes no longer look like the impenetrable forces of 12-18 months ago. 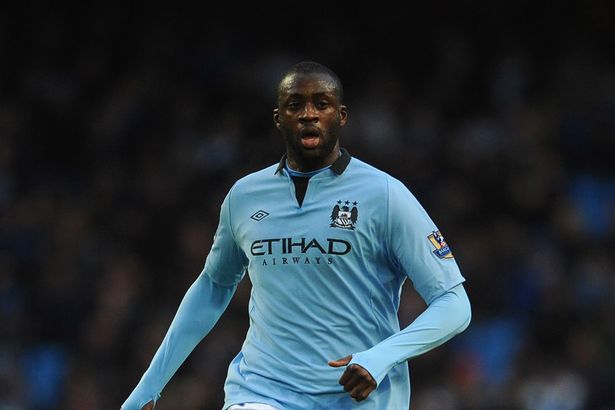 Kompany was lucky not to be sent-off before being withdrawn at half-time, while his customary command of the City backline has been missing for some time.

Toure, accused of a lack of willingness to work back towards his own goal in recent fixtures, was again outworked by the industry of Herrera and the physique of Fellaini.

As a result City looked like a team devoid of leaders, with a major rethink seemingly necessary this summer.