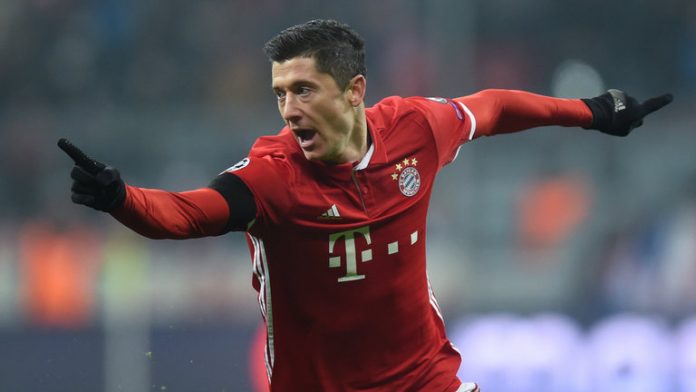 Manchester United have been given the green light to sign Bayern Munich striker Robert Lewandowski.

However, according to Bild, the German club will not listen to offers of under £175 million for the Poland international.

Lewandowski has said he would prefer a move to Real Madrid, although United, Chelsea and Paris Saint-Germain are all interested in securing his services.

Former Bayern and Italy forward Luca Toni believes his former club should allow the 29-year-old to exit the club.

“If a player wants to leave you should let him go,” he said.

“(Mauro) Icardi from Inter Milan would be perfect for Bayern. He is strong and much younger.”

Lewandowski has scored 151 goals in 195 games for Bayern and United boss Jose Mourinho is a big admirer of his.

The Portuguese reportedly texted Lewandowski five years ago urging the striker to sign for him after he scored four goals for Borussia Dortmund against Real Madrid.

Lewandowski scored his 53rd international goal on Friday as Poland blew a two-goal lead to draw with Chile in a World Cup warm-up in Poznan.