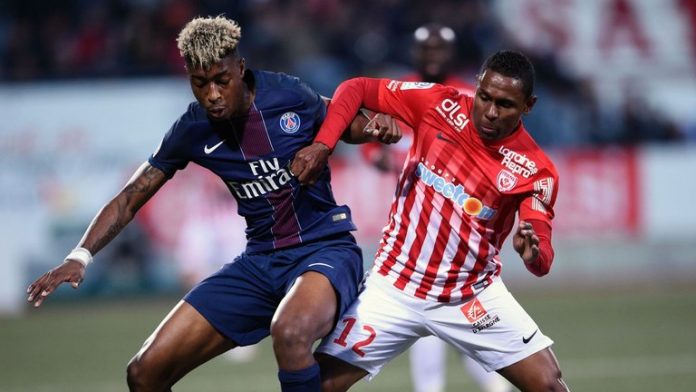 Manchester City have been linked with a move for Paris Saint-Germain defender Presnel Kimpembe.

French media outlet le10sport have claimed City are looking to follow up their acquisition of Aymeric Laporte from Athletic Bilbao with a similar big money purchase of the PSG centre-back.

Kimpembe made his professional debut in October 2014 and he has gone on to make 64 appearances in all competitions for the Ligue 1 club.

He was called up to the senior France squad for the first time after Eliaquim Mangala withdrew through injury for World Cup qualifying games against Bulgaria and Netherlands in October 2016.

The 22-year-old has been pushing hard for a regular starting role in PSG’s first team and was preferred to Thiago Silva in their recent 3-1 Champions League defeat at Real Madrid.

City paid £57 million for Laporte and PSG are likely to demand a similar fee for Kimpembe. Manager Pep Guardiola has numerous defensive options at his disposal, although the likes of Vincent Kompany and John Stones have both missed plenty of games through injury.

Kimpembe is viewed as one of the best defensive prospects in France and it would undoubtedly take a massive offer to prise him away from PSG.