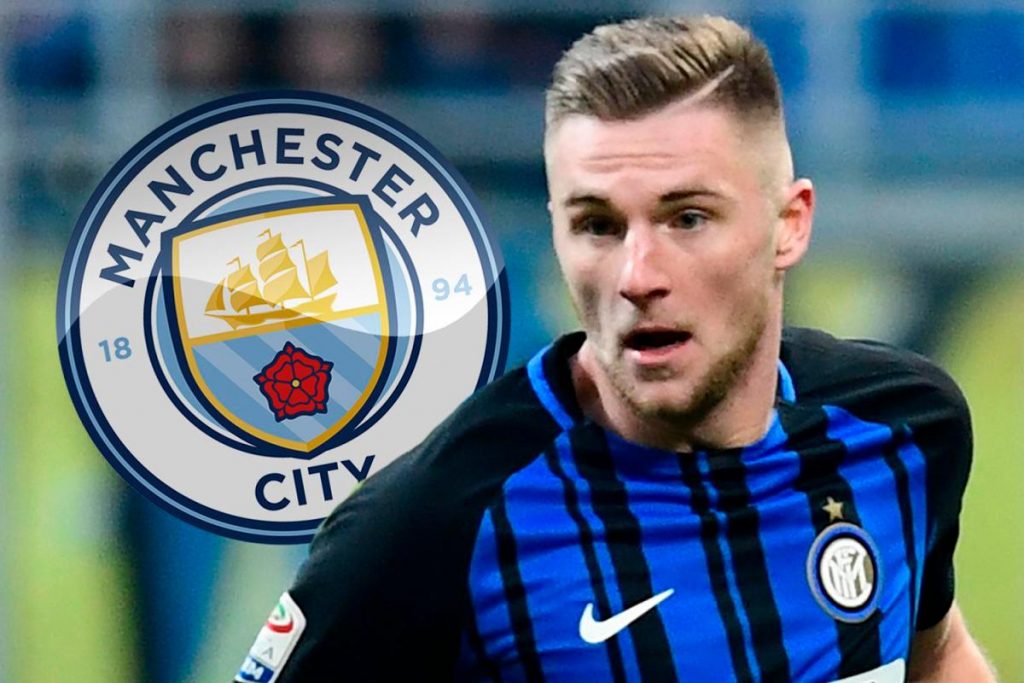 Manchester City have been linked with a move for Inter Milan defender Milan Skriniar, but Tuttosport say there’s one catch that could prove a stumbling block in their pursuit.

Inter are dead set against selling the 23-year-old, having only signed him from Sampdoria seven months ago. Skriniar has no desire to leave Inter either, recently revealing his desire to stay at the San Siro.

City would have to make Skriniar their club-record signing too, with Inter wanting in excess of £70m for his signature which would surpass Aymeric Laporte, who joined from Athletic Bilbao for £57m at the end of January.

With Vincent Kompany’s future uncertain after years of injury problems and Eliaquim Mangala struggling for first-team football, a replacement is required. The Citizens have John Stones, Nicolas Otamendi and Laporte as long-term options, but a fourth first-teamer would be required for strength in depth.

The Slovakian international, whose contract runs until 2022 at Inter, has made 26 Serie A appearances in his debut season. Skriniar has helped the Nerazzurri to fourth in the table with only 21 goals conceded – the joint-second-best record in the division.

In addition to City, the centre-back has also been linked with rivals Manchester United and La Liga side Real Madrid, adding to a lot of obstacles stopping the Sky Blues landing their man.

Inter really don’t want to sell Skriniar, nor does the 23-year-old want to leave, and it might take more than £70m to bring him to England too. It may be difficult for Pep Guardiola to replace Kompany with the Slovakian this summer.