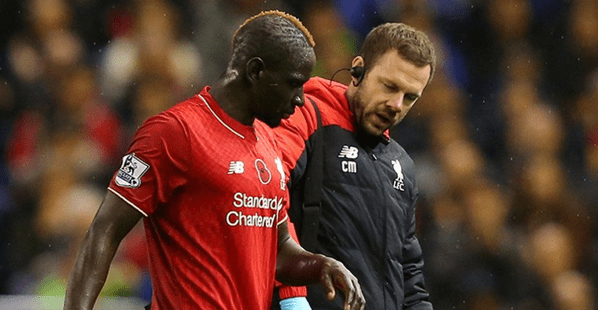 Liverpool defender Mamadou Sakho will undergo a scan on a knee injury on Monday, according to reports.

During Sunday’s encounter with Crystal Palace, the Liverpool defender landed awkwardly after a challenge with Palace winger Yannick Bolasie in the first half.

The Frenchman damaged his right knee in the process. He initially tried to ignore the pain and continue with the problem, but was forced off five minutes before half time.

Jurgen Klopp, the Reds’ manager, confirmed after the match the 25-year-old defender would undergo a scan on Monday evening to discover the full extent of the injury.

Klopp said as quoted by Liverpool Echo: “I don’t know. It’s too bad that he couldn’t play on, but we have to wait for the scan tomorrow evening, because it needs a little bit of time.

“I don’t want to speculate, but of course we hope that it’s not too serious. That was the worst thing in the game, I would prefer to lose 4-1 and keep him in the team. Now we have to see.”

Sakho has been in tremendous form this season for the Reds, and played every single Premier League game under Klopp. The Frenchman left Anfield on crutches, with his knee in a brace, and told the reporters he was unsure about the seriousness of his injury.

Furthermore, Daniel Sturridge, Jordan Henderson, James Milner and Jon Flangan are also out at the moment. Klopp can only hope that Sakho’s injury is not too serious.