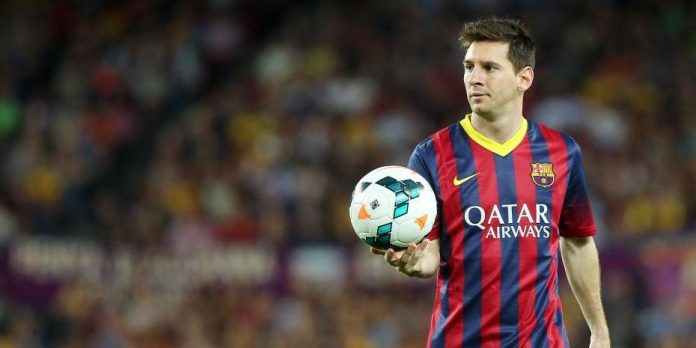 Cristiano Ronaldo may have won last year’s highly contested FIFA Ballon d’Or award, but in my opinion, when Lionel Messi is fit and firing, there isn’t a single player deserving of being even mentioned in the same breath as the Argentine. 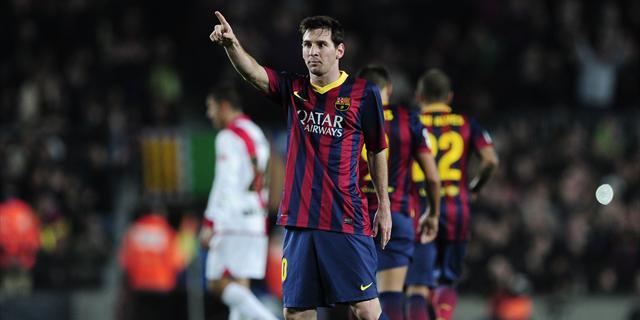 After Barcelona were beaten 1-0 by lowly Real Valladolid last weekend, Messi was heavily criticised for failing to inspire a lacklustre Barcelona as they fell to their third defeat in six La Liga outings.

However, Messi showcased his individual brilliance yet again when Barca needed him most, almost singlehandedly helping a faltering Blaugrana towards a 2-1 win over English giants Manchester City, putting his injury woes to bed.

Since his performance against PSG in last season, where he helped the Catalans scrape past the Parisians, Messi has enjoyed a torrid time where injuries have forced him to come crashing down to earth.

Further hamstring injuries ensued and poor player management by Barcelona’s staff only added to his woes. But his performance against Manuel Pellegrini’s troops shows just how naive it would have been to have completely written off the 26-year-old.

From the get-go, Messi signalled his intent in making a profound impact on the match. Long gone was his tendency of slipping into obscurity during big matches and in came the brilliant Argentine of old.

In one instance early on, Messi, nicknamed ‘La Pulga’ (Spanish for ‘The Flea’), tracked back into his own box in an attempt to dispossess compatriot Sergio Aguero. Admittedly, it may have seemed strange to see Messi so deep into his own half, but in a phase where Barcelona needed a player to lead by example, it was only fitting that their best player did so, and in emphatic fashion.

Throughout the match, Messi gave Joleon Lescott a good ol’ workout. In the eighth minute, he out-paced the Englishmen, and was brought down in the penalty area – only for the referee to dismiss the spot-kick claims, much to the dismay of the Camp Nou spectators.

At this point, we were just past the 20 minute mark, and Messi was starting to give Vincent Kompany a run for his money, at times running rings around the Belgian. Chances ensued, and he was able to set Xavi up before playing Neymar into the box only to be wrongly denied offside.

And if the first half wasn’t enough of an indication as to where Messi’s mind was at, his brilliant performance in the second half should surely dispel of any talk suggesting that he has ‘lost passion’ for the game.

Minutes into the half, the 26-year-old embarked on yet another solo run as he easily dealt with Lescott, who seemed way out of his league, only for the foot of the post to deny him a wonder goal.

His goal later on in the half effectively sealed the tie and once again, Lescott was the culprit. Having failed to clear a Fabregas through-ball, Messi made the defender pay for the blunder by coolly chipping Hart. 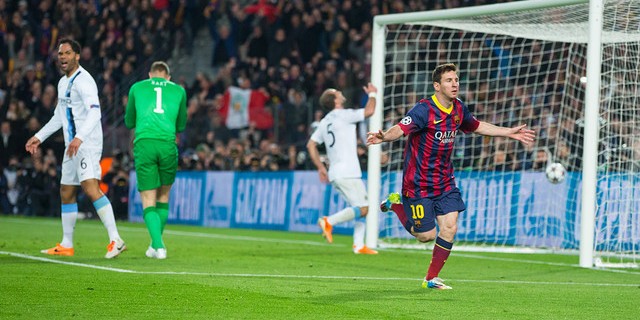 Still only 26, Messi now has 67 Champions League goals to his name, and with a good few years ahead of him, the Argentine is continuing to etch his name permanently into the history books.

In the post-match presser, City’s assistant coach Ruben Cousillas commented: “Messi is capable of winning a game on his own, as he has done so many times. He can always invent something magic.”

Tata Martino too agreed with his counterpart’s sentiment, adding: “Sometimes criticism can provoke a reaction from the best players – they have a lot of pride.”

However, despite a brilliant performance by the four-time Ballon d’Or champion, things still aren’t rosy for the club, with set piece frailties and defensive woes continuing to dominate headlines.

It was with regular occurrence that Barcelona’s out-of-sorts back-line was exposed on the counter. At one stage, Pique subtly brought down Edin Dzeko in the box only for the ref to wave play on, yet again.

City’s late goal thanks to Kompany also highlights weaknesses that encapsulate El Blaugrana, and Tata is yet to find an answer to their frailties.

Barcelona still have a lot of work to do. Now trailing four points behind Real Madrid in La Liga, they’ll certainly need to improve should they have any chance of retaining their domestic title. But as for now, fans can rest assured that the team can once again rely on an in-form Messi.

What do you think? Do you agree? Get involved in the comments below…