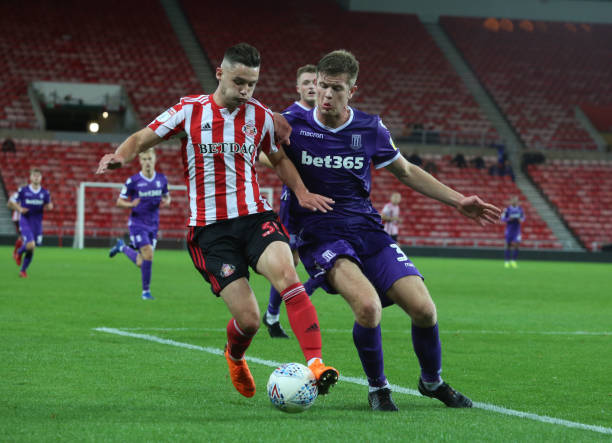 Luke Molyneux has taken to Twitter to send a message to Kenton Richardson after the latter competed his move to Sunderland on Friday.

As announced on Sunderland’s official website today, Richardson has joined the Black Cats on a two-year contract after Hartlepool United.

The 21-year-old defender was a free agent following his departure from National League outfit Hartlepool this summer.

The defender was actually at the Sunderland academy as a youngster, and he will link up with the League One club’s Under-23 squad.

Molyneux came through the Sunderland youth system and played for the Black Cats’ first team before moving to Hartlepool on a permanent basis in 2019 after a loan spell at the Super 6 Stadium.

The 22-year-old winger played with Richardson at Hartlepool, and he is delighted to see the youngster joining his former club Sunderland.

All the best bro 👏 I know you’ll smash it there 🤝 @KentonR_ https://t.co/jly1fIZeTz

Sunderland will be aiming to finish in the top two of the League One table this season and clinch automatic promotion to the Championship.

The Black Cats are arguably the biggest club in the third tier of English football, and the Stadium of Light faithful will hope that this is the season when they get back to the Championship.