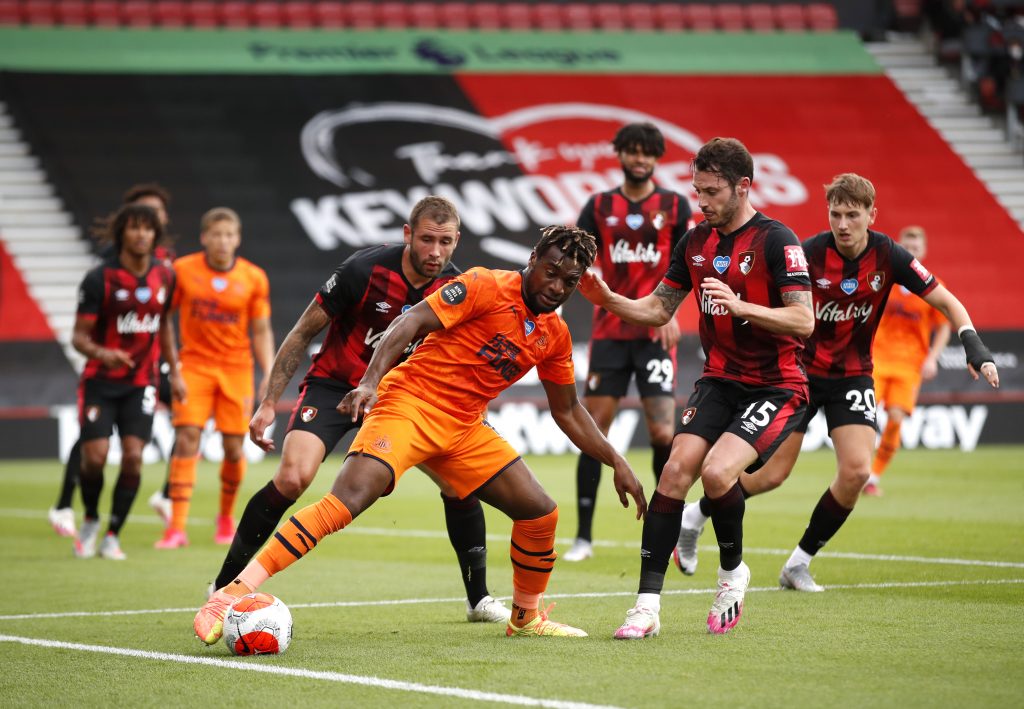 According to latest reports from the Daily Mail, French champions Paris Saint-Germain are interested in signing Newcastle United winger Allan Saint-Maximin this summer.

The 23-year-old winger, who initially struggled to settle down due to injuries, has proved to be a big hit this season. Steve Bruce has hailed him as the signing of the season after landing him on a six-year deal for a reported fee of £16.5m.

He has been simply superb for the Magpies and his performances have attracted would-be suitors in the process.

The report claimed that Premier League rivals Tottenham Hotspur are also interested in signing him, but they have a limited transfer budget. The Londoners would be willing to offer players such as Danny Rose and Juan Foyth plus cash.

Popular journalist, Luke Edwards of The Telegraph, has taken to Twitter to express his reaction after the news broke out.

Edwards has claimed that Newcastle fans must get used to this type of link going forward. The 23-year-old has five years left on his contract and that gives Newcastle an upper hand.

However, his agent seems to be very active and they want a new improved contract at SJP.

#nufc fans will have to get used to stories linking clubs with Saint-Maximin. His agent seems to be very active and they want a new contract at SJP. However, he has five years left on his current one and that gives Newcastle control. Same agent who agreed to a six year one btw 🙄

With the Newcastle takeover situation in limbo, the club would be looking to resist any tempting bid for the fan-favorite Maximin.