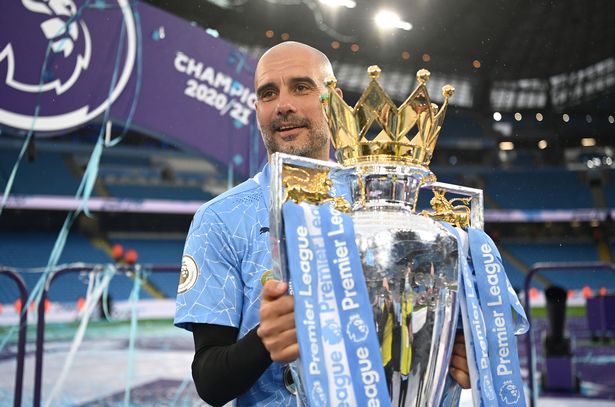 Manchester City will be hoping to pick up a comfortable win at home when they take on Atletico Madrid in the first leg of the UEFA Champions League quarter-finals on Tuesday night.

The Premier League giants are in red hot form right now and they are currently at the top of the league table with just three defeats from 30 league matches this season.

Manchester City have been formidable going forward and they have managed to score 70 goals in the league so far this season. Pep Guardiola’s side are well organised at the back as well and they have conceded the least number of goals (18) in the division so far.

Manchester City have failed to win the Champions League during Pep Guardiola’s time at the club and they will be desperate to make amends this time around.

It’ll be interesting to see if they can get past a well organised Atletico Madrid side over the next two legs.

The Spanish giants a currently third in the league table and they have picked up six consecutive wins across all competitions.

They managed to beat Manchester United in the last Champions League outing and they will be hoping for a similar result against their neighbours as well.

Former Atletico Madrid player and popular pundit Luis Garcia has warned the Premier League side that they will have to be careful about the counter-attacking system of Diego Simeone.

Manchester City have often struggled against teams that prefer to sit back and hit on the counter-attack.

Atletico Madrid have players like Joao Felix, Angel Correa, Yannick Carrasco and Marcos Llorente who can be lethal on the break and it will be interesting to see how Manchester City cope with that.

The Spanish outfit have a reputation of grinding out results by sitting deep and hitting the opposition on the counter. They will be aware of the quality Manchester City have and Simeone will want to employ a similar tactic against the Premier League side as well.

Garcia said: “It is one of the teams that you don’t want to face, because of the rhythm and the players that Guardiola has developed, he knows how to use the players in every situation.

“But Atletico is a complicated team when they have confidence and return to the basics of defending well together.

“With players in attack like Joao Felix and Angel Correa, with players like Yannick Carrasco and Marcos Llorente, they can be dangerous on counter-attacks and we have seen City suffer against teams that sit back.”