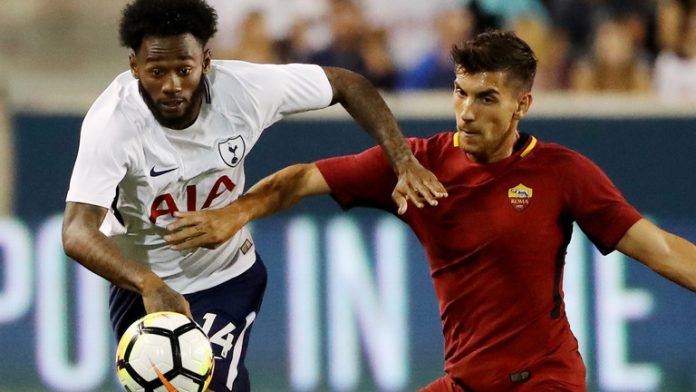 The 21-year-old is under contract with the Serie A club until 2021, but he has a £28 million release clause which the Reds are looking to exploit.

Corriere dello Sport has claimed Pellegrini is in the frame to replace Emre Can, with the German star expected to leave Anfield this summer.

A product of Roma’s youth academy, Pellegrini made his senior debut for the club in 2015 as a second-half substitute in a 1–0 league win over Cesena.

He joined Sassuolo for £1.1 million in June that year, although the deal included a buy-back clause of around £9m.

He went on to score 11 goals in 54 appearances for Sassuolo, before agreeing a move back to Roma in June 2017.

Pellegrini has been capped three times by Italy, with his most recent appearance coming against England last Tuesday.

Liverpool have also been linked with Napoli midfielder Jorginho, but he would cost significantly more than Pellegrini.

Klopp has already agreed a deal to add RP Leipzig’s Naby Keita to his midfield options this summer and a move for Pellegrini would fit with the club’s policy of signing younger players with a high resale value.