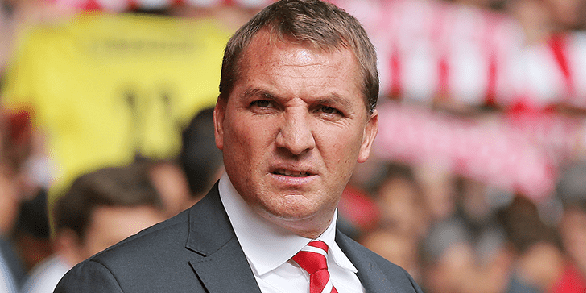 Brendan Rodgers has made it clear that he wants to bring in a striker this January. Darren Bent of Aston Villa, Daniel Sturridge of Chelsea and Shane Long have all been linked with moves to the club but who would be the best signing?

On the surface of things, Bent would have to be the best possible signing out of the three players despite the fact he hasn’t played much this season. Bent has a long record of scoring goals in the Premier League.

His best season came as a Sunderland player in the 2009/2010 season when he scored 24 goals in 38 matches. His style would compliment Luis Suarez well because he would look to play on the very shoulder of the defence which would allow Suarez to be more creative.

Aston Villa are unlikely to let Bent leave on the cheap which means a loan deal is possible between the two clubs. Bent would also jump at the chance to move as Paul Lambert has been less than keen to select him this season.

Daniel Sturridge has been linked with a £15 million move to Liverpool for weeks. He’s played seven games with one goal this season and performed well during the 2011/2012 campaign with 11 goals from 28 starts.

Sturridge is geared to play a little wider in the attack which would make him useful for Liverpool because they currently lack width. It would also allow Suarez to maintain a central position where he is more effective.

The fee being quoted in reports around Sturridge is arguably the going rate for such a player in the modern transfer market. However, Chelsea may be unwilling to let him leave without a long term manager in place meaning another loan deal could be more likely.

Shane Long has been in decent form for West Brom this season used as a starting striker and an impact player from the bench. He has five Premier League goals this season with his last goal coming in the 4-2 win away at Sunderland.

He is a very busy player and very similar to Suarez in the respect that he always looks creative and dangerous in and around the opponent’s penalty area. He could be used as a replacement for Suarez when the Uruguayan isn’t available.

West Brom are reportedly going to turn down a £12 million bid from Liverpool which makes his fee more likely to be the wrong side of £15 million. It’s difficult to see Liverpool paying more for Long than Sturridge.