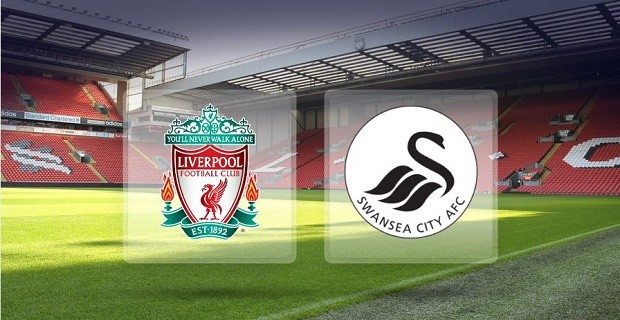 Liverpool will look to carry on their winning momentum as they entertain Swansea at Anfield on Sunday. Jurgen Klopp’s Reds have won five of their last six games in all competitions, and will be full of confidence heading into the game following last weekend’s 4-1 pasting of Manchester City at the Etihad Stadium.

The Reds haven’t won at home in the league since Klopp’s arrival, and after their 2-1 win in the Europa League over Bordeaux on Thursday night at Anfield, they will be expected to register another home win against Swansea. Swansea, meanwhile, have blown hot and cold throughout the season.

Garry Monk’s Swans earned rave reviews following their impressive start to the season which saw them earn points off Chelsea and Manchester United, but their form has tailed off recently with the Welsh outfit winning only once in all competitions since the start of September.

In the corresponding fixture last season, Liverpool produced one of their better displays of the season as an Adam Lallana brace led them to a 4-1 win. A similar result cannot be counted out this time round, but it depends on how well the Reds recover after their European exertions during the week.

Liverpool had an injury scare against Manchester City last weekend when Philippe Coutinho came off with a hamstring injury. The club allayed fears over the Brazilian’s injury, and his absence from the squad against Bordeaux suggested he will be expected to start against Swansea after a week’s rest.

Lucas Leiva is serving an accumulated cards suspension and will miss out, while Daniel Sturridge continues to struggle with injuries as he failed to make the Reds squad against Bordeaux. Jordan Henderson and Mamadou Sakho will also miss out through injuries.

Former Liverpool midfielder Jonjo Shelvey is the only absentee for Swansea as he, lke Lucas, will serve a one-game suspension for collecting five yellow cards this season. Shelvey aside, Monk has a full complement of players to choose his starting eleven from.