Liverpool have been linked with Southampton defender, Virgil van Dijk, in recent weeks, and it seems that they will have to fight bitter rivals, Manchester United, in order to sign the player during the January transfer window.

Van Dijk has been sensational for Claude Puel‘s side this season, and the former Celtic star is one of the best defenders in the Premier League right now. United and Liverpool’s defensive failings have been evident this season, and both José Mourinho and Jurgen Klopp are interested in signing the Dutch centre-back. 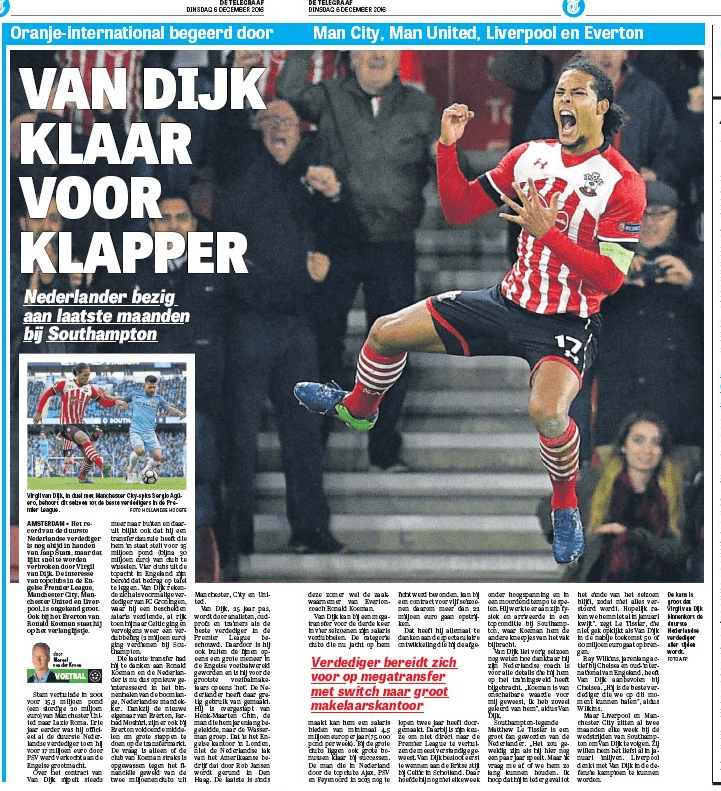 According to the Dutch newspaper De Telegraaf, Manchester United are very serious about signing van Dijk in January, and Mourinho is ready to put £25m “on the table”. The report also adds that the Red Devils will have to beat the likes of Manchester City, Liverpool, and Everton if they want to sign the Dutchman.

It will be interesting to see how Southampton react to this situation. Clearly, van Dijk is a man in demand and the interest of the big clubs could easily unsettle him. Southampton have had a poor season so far, and the last thing they would want is their best defender losing focus. Having said all of that, signing van Dijk for £25m would be a massive bargain in this market. The Dutch international has all the tools to become a world-class defender and could become the mainstay of United’s defence for years to come.

In other news, Liverpool are leading the race to sign Inter Milan midfielder Geoffrey Kondogbia.

The former Monaco star has struggled to adapt to life in Serie A and is being linked with a loan move in January. As per the latest reports, Liverpool could sign the player on loan, and the Reds will have the option to sign him permanently for £18.5m at the end of this season.

Liverpool are lacking a strong and combative presence in the midfield, and Kondogbia could be a fantastic addition for Klopp. The French midfielder can operate as a box-to-box, as well as a defensive midfielder.