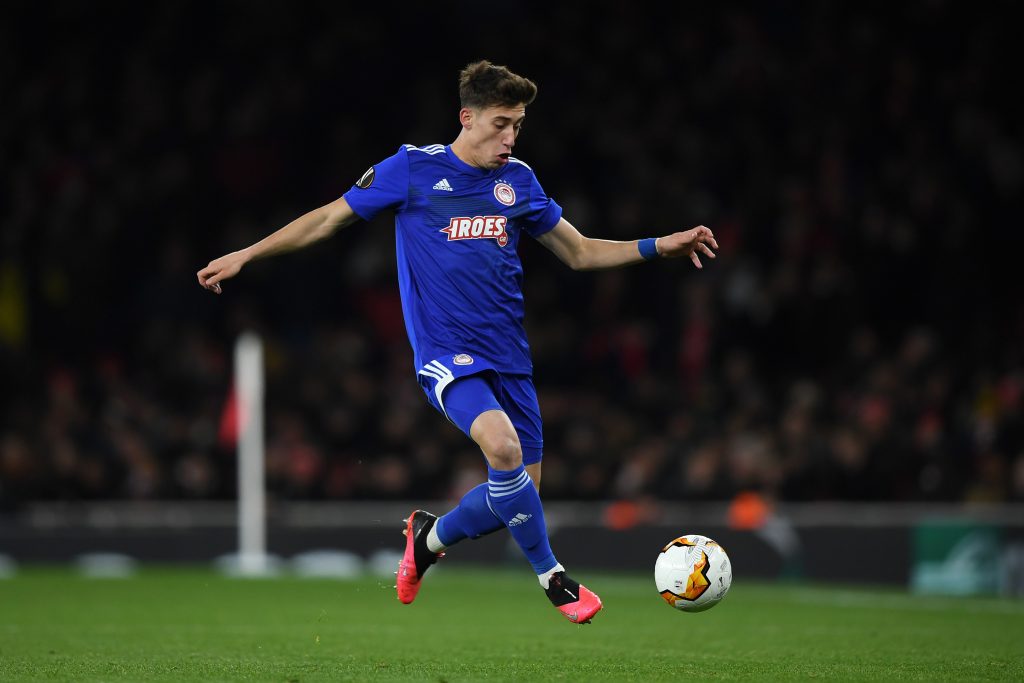 Liverpool are looking to bring in a backup left-back this summer and they have been linked with a move for Olympiacos’ Konstantinos Tsimikas.

The 24-year-old Greek international has been outstanding in the Europa League and his performances seem to have caught Liverpool’s attention.

As per Sportime.gr, Liverpool have already submitted a proposal for the defender and Leicester City are keen on the player as well.

Apparently, the Foxes are looking to sign him as a replacement for Ben Chilwell if the English defender joins Chelsea.

It will be interesting to see if the Reds can pull off the transfer now. They certainly have the pull and the financial muscle to make the move happen.

Olympiacos are demanding a fee of around £14-15m.

Liverpool submitted an offer for the Norwich defender Jamal Lewis as well but the bid has been turned down. Apparently, the Canaries are holding out for double of what Liverpool are willing to offer.

It appears that Tsimikas is the alternative to Lewis. It remains to be seen who they end up with eventually.

Robertson needs a quality backup and both players would be good signings. They will push him for a first-team berth and the signing would allow Klopp to rest the Scottish defender from time to time.