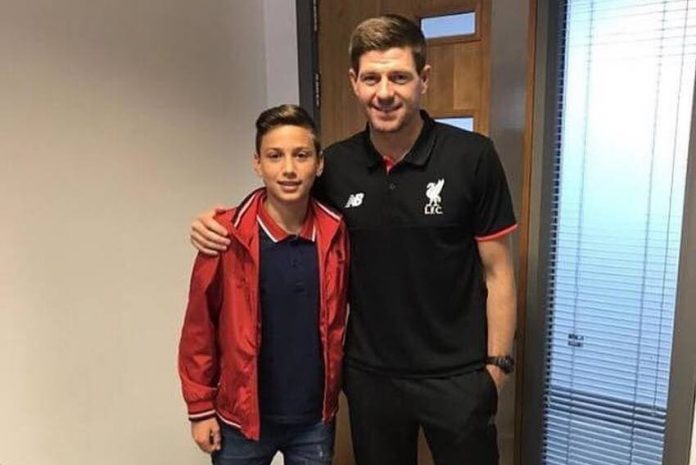 Liverpool have completed their first signing of the summer by capturing the highly talented midfielder Dal Varesanovic.

As per Daily Mirror, the Bosnian midfielder was a target for Barcelona as well but the Reds have moved swiftly to secure his services. Furthermore, the report adds that Liverpool have paid FK Sarajevo a fee of £43,000 for Varesanovic.

Apparently, the deal was agreed some time ago but the club were waiting for the player to turn 16.

Varesanovic will join up with the Liverpool U18s now and will continue his development under the guidance of the former club captain Steven Gerrard.

The technically gifted midfielder has been pictured with Gerrard at Melwood this week. Varesanovic is a very skilled midfielder who can play with either feet and has flair in abundance.

The 16-year-old can chip in with goals as well and the Reds will be hoping to develop him into a complete midfielder in the coming years.