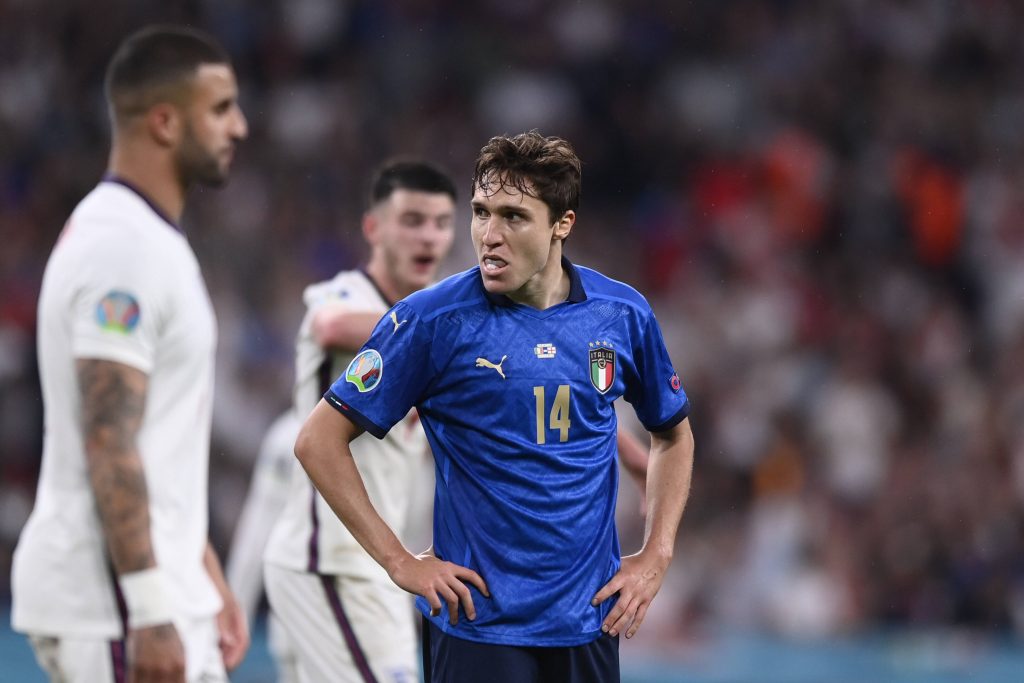 Liverpool have made a €100 million (£84 million) bid for Juventus ace Federico Chiesa, according to a report from La Repubblica.

Unfortunately for Reds boss Jurgen Klopp, the mega-money offer has allegedly been rejected by the Turin giants.

The bid for the Italy international eclipsed the £75 million that Liverpool paid Southampton for Virgil van Dijk in January 2018.

Klopp is desperate to bolster his attacking ranks at Anfield this summer.

Liverpool should push on with Chiesa interest after rejected bid

Chiesa would be an exceptional addition to Klopp’s side.

He can play on either wing or even through the middle as an unorthodox number nine.

The 23-year-old bagged an impressive 14 goals and 10 assists in 43 games for Juve last season.

Italy boss Roberto Mancini suggested that the Juventus ace is the kind of player who ‘sparks fear into his opponents’, as quoted via Football Italia.

£84m is an awful lot of money for any player in these uncertain times. However, if anyone is worth it, it’s Chiesa.

Whether Fenway Sports Group will be prepared to increase their offer for the Italy international remains to be seen.

It is surely unlikely with an unprecedented pandemic bubbling along in the background.

One thing’s for sure, though. If Klopp brings the Juventus attacker to Anfield, Liverpool would have a terrifying attacking force next season.